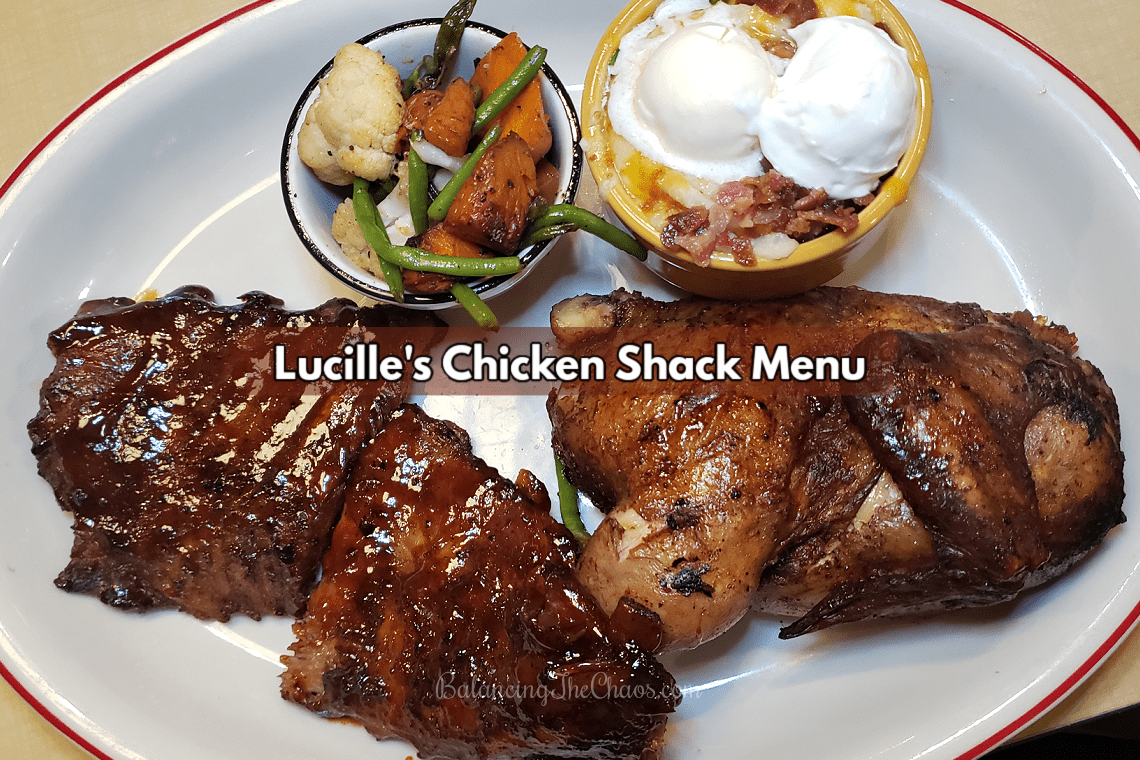 Have you heard? Lucille’s Smokehouse Bar-B-Que has brought back its special Chicken Shack menu for a limited time. The Chicken Shack menu returns to all locations offering a delicious lineup of slow-smoked and Southern-fried chicken favorites, premium sides and a new appetizer, salad and dessert that you’re just going to love.

My girlfriend, her daughters and I, finally had a chance to get together for dinner and catch up. now that our schedules have retuned to normal craziness, we simply haven’t had time for a girls night out, until we discovered that Lucille’s Smokehouse Bar-B-Que at the Long Beach Town Center, was hosting a special event – The County Fair Event that featured music, prizes and a special opportunity to give back to local food banks with the purchase of the Chicken Shack Snack plate.

While we didn’t have the opportunity to partake in the County Fair festivities since we arrived after our daughters’ dance classes, we did have a chance to sample the Chicken Shack Snack plate that features the Flamin’ Hot® Cheetos® Popcorn Chicken, coleslaw and a wedge of new Lucille’s Texas Sheet Cake. We were excited to participate in their event because with the purchase of the $5 Chicken Shack Snack plate, one hundred percent of the proceeds will benefit local area food banks that have been heavily impacted by the Covid pandemic. We are hoping Lucille’s Smokehouse will continue hosting philanthropy events in the future.

I was able to sample the beer-can chicken with a half-rack of ribs. After the Chicken Shack Snack, the portions being larger than I had expected, I wasn’t as hungry. However, the beer-can chicken was cooked to a beautiful golden brown, nice and juicy on the inside. The half rack of St. Louis ribs were lean and juicy, seasoned with Lucille’s special rub, smoked, grilled and basted with Lucille’s tangy home-made BBQ sauce.

In all actuality, the beer-can chicken with a half-rack of ribs was such a large portion once you add in the two sides – we added loaded mashed potatoes and sautéed vegetables, that it was enough to share. I ended up bringing my leftovers home for my husband.

Remember, the Chicken Shack menu is only offered for a limited time. Be sure to stop in and share one of these delicious entrees.