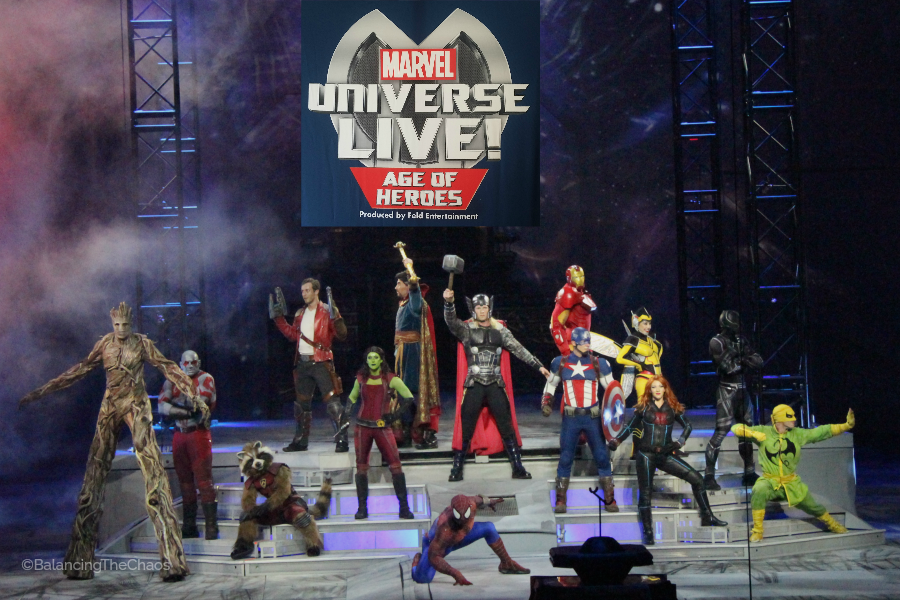 Last night we were invited to see Marvel Universe LIVE! Age of Heroes. It was such an awesome evening with the family as we joined the adventure of our favorite super heroes. The Guardians of the Galaxy team up with Marvel Heroes on a momentous crusade against the scheming Nebula who teams up with the conniving and loathsome villains Loki and Green Goblin. The incredible superhuman forces of Iron Man, Thor, Black Panther, Hulk and Black Widow will unite in clashes that pit student against mentor, sister against sister and brother against brother.

You can still see the show! Marvel Universe LIVE! Age of Heroes is currently at the Honda Center in Anaheim through Sunday, July 23rd.Tickets are $25. However, you can save 20% off of the 7pm show tonight (7/21) and the 5pm show on Sunday with the discount code: MOM20 that will expire 7/23/17. 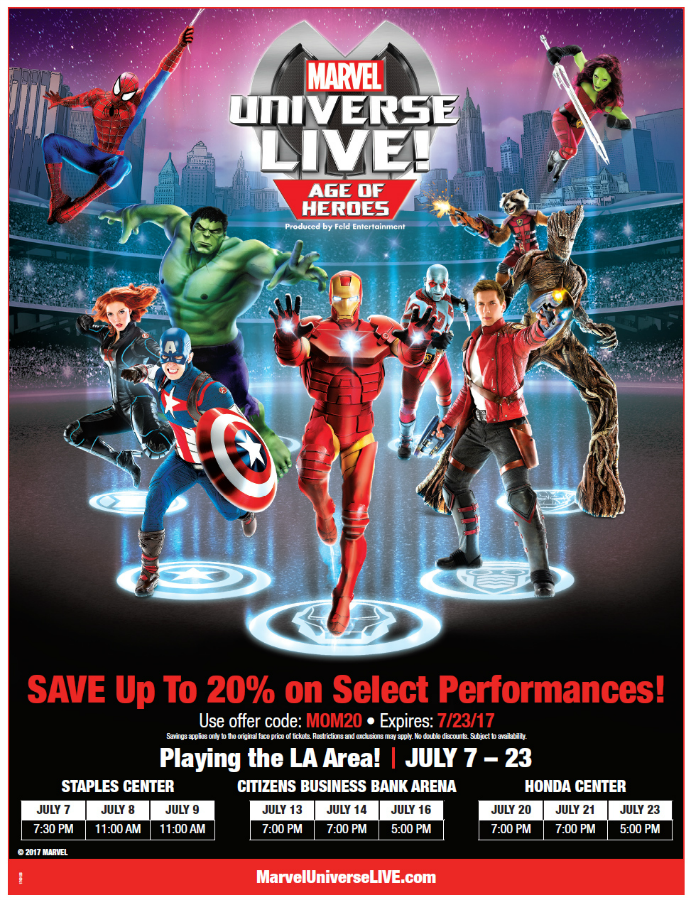 Grab your tickets to the show and spend time with the family seeing the incredible superhuman forces of Iron Man, Thor, Black Panther, Hulk and Black Widow will unite in clashes that pit student against mentor, sister against sister and brother against brother. My kids were drawn into the action, and special effects as we raced from city to city through the immersive video projection and cutting-edge special effects. We transported across the universe from the fantastical Savage Land to New York City and beyond.

TICKETS: Tickets start at $25 each and are available for purchase online at Ticketmaster.com, charge by phone at 800-745-3000 or in-person at the venue Box Office. *Ticket prices subject to change; tickets may be subject to service charges, facility and handling fees. 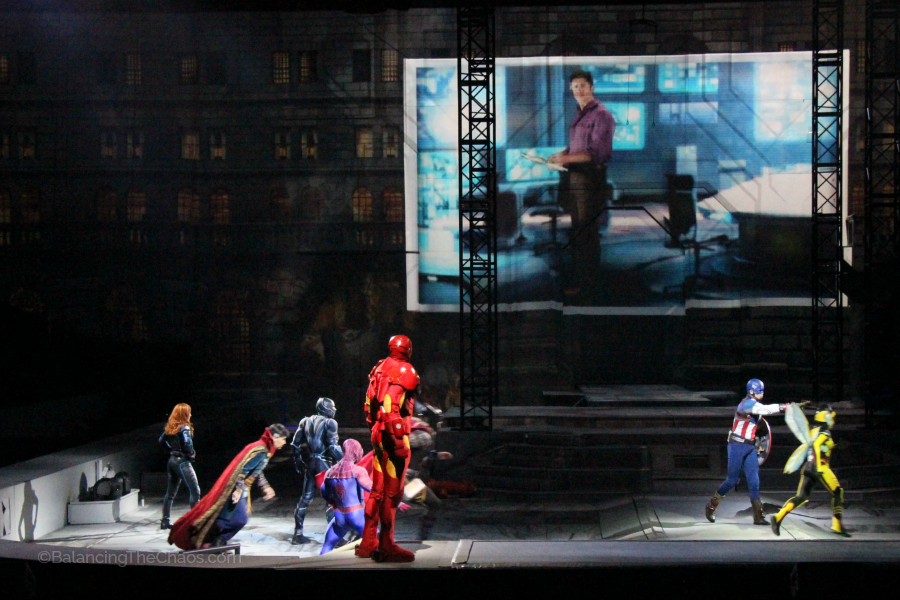 Marvel Universe LIVE! Age of Heroes will travel throughout North America on a multiyear tour, including stops in Denver, Las Vegas, Salt Lake City, Indianapolis, Atlanta, Dallas, Miami and New York. After North America, the show will embark on an international tour starting in 2019. For a complete list of North American tour dates, locations and to purchase tickets, please visit MarvelUniverseLIVE.com.