It’s summer time and what a great way to celebrate fun in the sun than with food, music and a few hundred local neighbors at the Free Summer Concerts around Orange County.

Through the months of June, July, August and September, grab a picnic dinner; head out early with blankets, chairs and fun toys for the wee ones while enjoying a night in the park filled with great music during the free summer concerts in the park.  Check with your city or local parks as some have been known to rent a couple of bounce houses to keep the munchkins entertained. 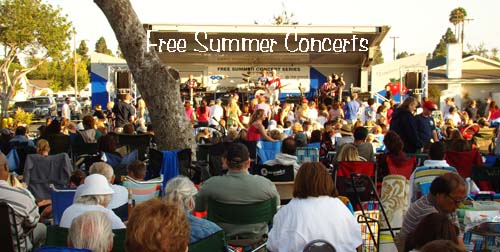 As always, the free Summer Concerts Series has been researched via the internet.  Exact times and bands may vary due to changes in the schedule. Be sure to check with your local city for correct date/time/band, etc.