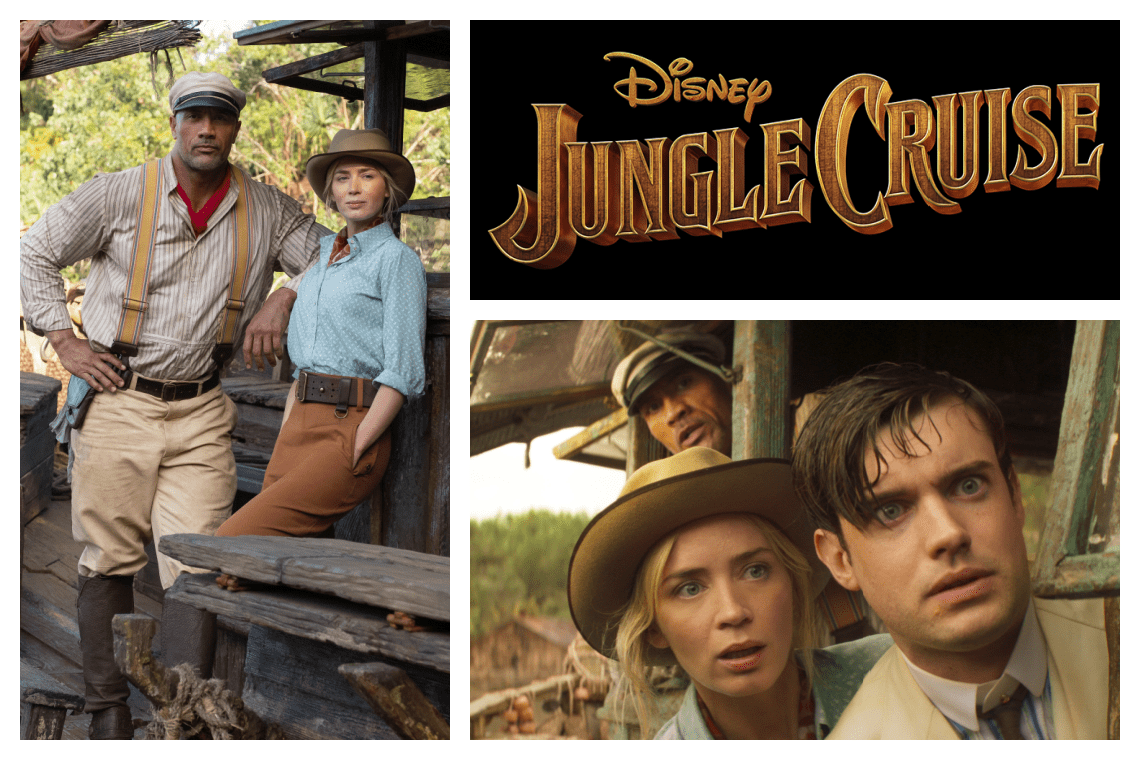 Take off on an adventure with Dr. Lily Houghton and wisecracking skipper Frank Wolff. Lily travels from London, England to the Amazon jungle and enlists Frank’s questionable services to guide her downriver on La Quila—his ramshackle-but-charming boat.

She is determined to uncover an ancient tree with unparalleled healing abilities—possessing the power to change the future of medicine. Thrust on this epic quest together, the unlikely duo takes off on an adventure-of-a-lifetime aboard Disney’s Jungle Cruise. They encounter innumerable dangers and supernatural forces, all lurking in the deceptive beauty of the lush rainforest. But as the secrets of the lost tree unfold, the stakes reach even higher for Lily and Frank, and their fate—and mankind’s—hangs in the balance.

“Jungle Cruise’ is about adventure and about life, and living a full life,” says Dwayne Johnson, who is also a producer on the film. “And being aware of that and breaking through barriers by doing things beyond what people think are your limits. ‘Jungle Cruise’ is an adventure: it’s fun, it’s magical, it’s mystical, it’s dangerous, it’s exciting.”

We finally had the opportunity to screen Disney’s Jungle Cruise and had such a great family night. The hilarious antics of wisecracking skipper, Frank Wolff, had us laughing up a storm, and reminiscing the many times we had taken the Jungle Cruise Adventure at Disneyland in Anaheim.