Hurry in to the Discovery Cube OC to catch the amazing Bubble Artist, Deni Yang as he celebrates the 20th anniversary of his incredible bubble show and special effects which includes a laser show and bubble snow flurries. The Bubblefest XX Laser Show is entertaining guests now through April 10, 2016.

We were invited to see Deni Yang at a special performance of Bubblefest XX Laser Show at Discovery Cube OC last week. As with every year, we left Deni’s performance, mesmerized and ready to perform bubble tricks of our own. 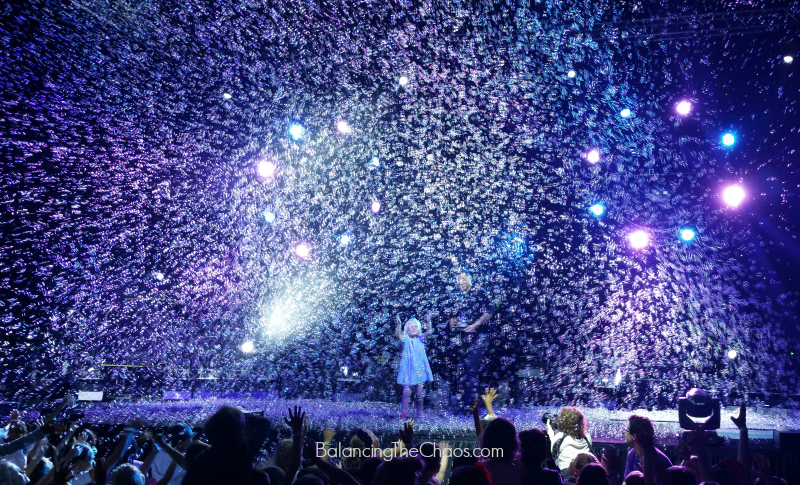 At one point during the performance, the Julianne Argyros Showcase Theater is covered with so many bubbles, it appears to be snowing inside the theater. Then Deni Yang adds the laser lights to the show – incredible!!

Bubble Scientist Deni Yang, and the Guinness World Record for producing the largest bubble ever, measuring over 170 feet; performed his signature bubble artistry with bubbles, smoke, lasers, and a few young volunteers from the audience. Some of the amazing things we saw included a bubble carousel, smoking bubbles, bubbles within bubbles, and many more.

After the show, we decided to continue the fun with the Bubble Exhibit currently available with the price of admission. We enjoyed activities like Bubble Rollers, a bubble wall, inflatable obstacle course, and Bubble Photo keepsake (extra fee). Check out the Bubble Rollers:

The cost of Bubblefest XX is $5 for members and $10 for non-members in addition to the general admission to Discovery Cube Orange County and includes: 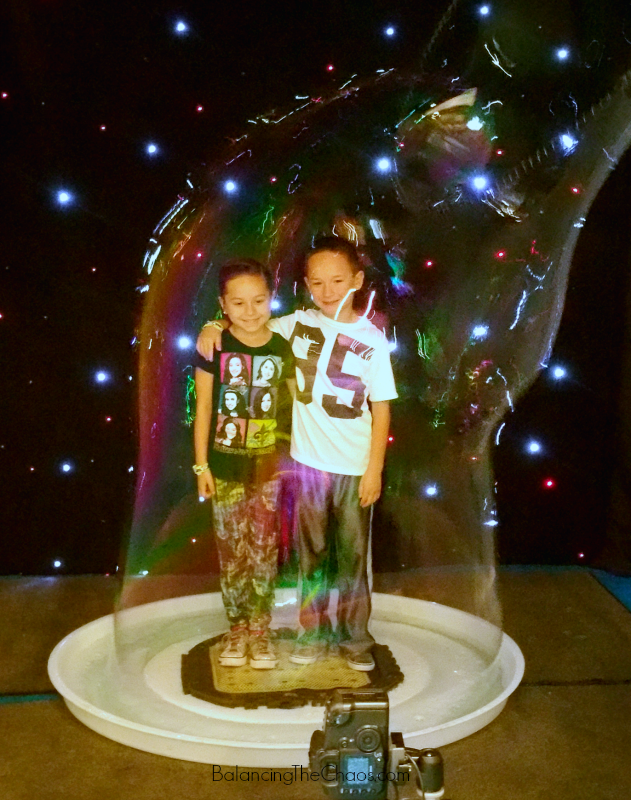 The Discovery Science Foundation serves as the program-development, marketing and fundraising arm for hands-on science learning museums in Orange County and Los Angeles. Established in 1989, the original non-profit Taco Bell Discovery Science Center in Santa Ana, now renamed Discovery Cube Orange County, presented by Taco Bell, continues to inspire and educate millions of young minds through engaging science based programs and exhibits. In 2012, the Center was named one of the ten “Most Trusted Brands” in Orange County and in 2013 was awarded the National Medal of Service from the Institute of Museum and Library Services. In November 2014, Discovery Cube Los Angeles, a second not-for-profit museum offering an exhibit and program mix unique to Los Angeles, opened in the Hansen Dam Recreational Area of the San Fernando Valley. For more information, call (866) 552-CUBE (2823) or visit www.discoverycube.org. Follow the Orange County and Los Angeles campus on Twitter (@DiscoveryCubeOC and @DiscoveryCubeLA).