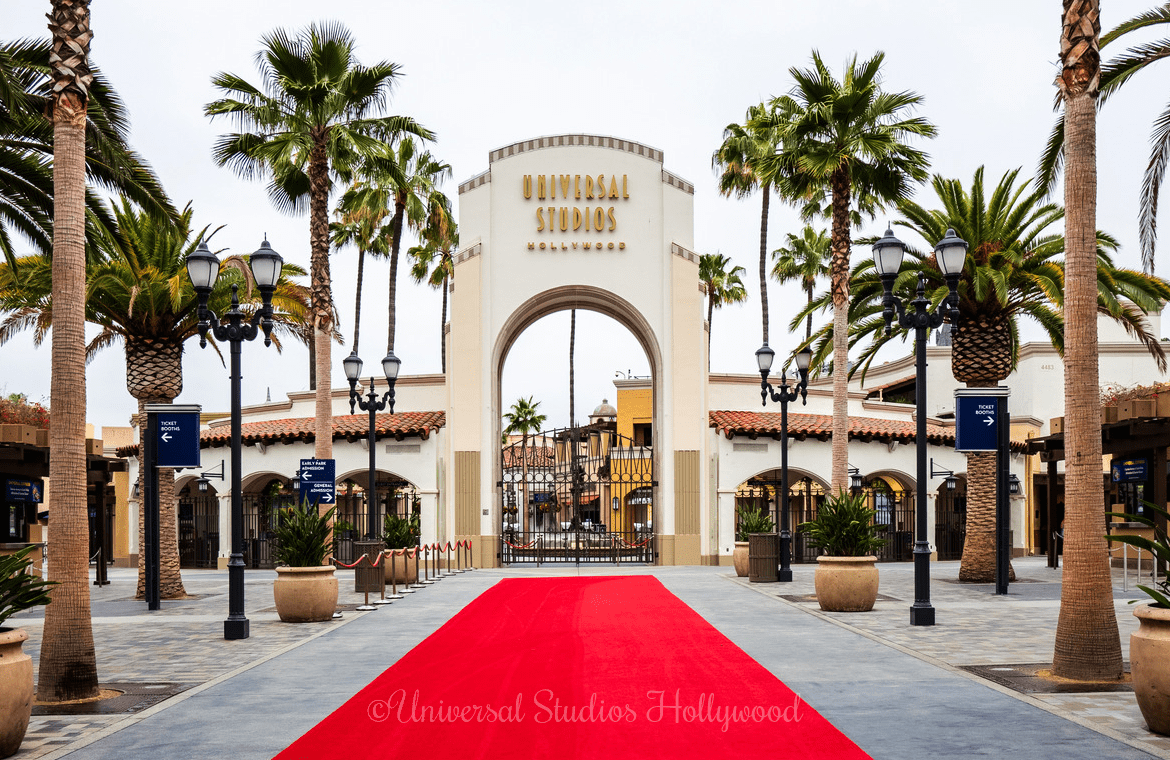 Universal Studios Hollywood welcomes back guests after the long Covid closure with a new family ride, The Secret Life of Pets: Off the Leash, an encounter with the new Indominus Rex, a cheery Minion Cafe, and a sports enthusiast’s dream: NBC Sports Grill & Brew.

We were invited back to Universal Studios Hollywood this week to experience the newest additions to the park and had such a great time. When we arrived, our first stop was the Secret Life of Pets: Off The Leash.

We walked up to Katie’s NYC apartment building and flashed our Universal Studios Hollywood Express Ticket which includes ONE-TIME express access to each ride, attraction, and seated show. This is the best way to be able to catch all attractions during your visit. Anyways, we wandered through the apartment, which basically drops us into the animated movie.

Once you reach the loading area, you’re quickly ushered to the cardboard boxcar that transports you through the adorable, tech-savvy ride that shows you what your pets could possibly be doing when you’re not at home.

Throughout the ride, you’ll spot 64 technologically advanced animated figures made to bring back the animated characters of Max, Snowball, Gidget, Chloe, and Duke to life. From blinking eyes to eyebrow movements, from head tilts to head nods, from moving mouths to smiles, from ear curls to lip curls, from full torso twists to physically walking, the depth of mobility and function programmed within each of these loveable characters creates an experience, unlike any other theme park ride.

Since The Secret Life of Pets: Off the Leash is the newest ride at the park, they have added “Virtual Line technology”.Maximize your leisure time at the theme park by accessing the Virtual Line via the official Universal Studios Hollywood app, available for free in the App Store and on Google Play, or visit the Virtual Line kiosk located in the New York City subway station, situated adjacent to the ride. Both give you the option to experience the ride based on the next available times.

Once we exited the ride, we walked past Despicable Me Minion Mayhem and discovered the brand new Minion Cafe. This all-new cafe features an eclectic of food options including sandwiches, salads, desserts, and more like a classic grilled cheese with tomato soup, a pulled pork grilled cheese, and even a Banana BBQ sauce.

After we grabbed a bite to eat, we headed on down to the lower lot at Universal Studios to check out the new features added to Jurassic World – The Ride. It features the original storyline that takes you on a breathtaking excursion through the theme park as depicted in Universal Pictures and Amblin Entertainment’s film, JURASSIC WORLD. Throughout the adventure, you’ll see many of the iconic dinosaurs from the movie, including the colossal Indominus rex and the magnificent aquatic Mosasaurus in her natural habitat.  The ride also features the stars of the JURASSIC WORLD films – Chris Pratt, Bryce Dallas Howard and BD Wong who reprise their roles as Owen Grady, Claire Dearing and Dr. Henry Wu.

Keep your guard up. You may end up face-to-face with the all-new, extraordinarily realistic dinosaur, the Indominus rex, who stakes her claim at the ride’s finale in a forceful battle with her arch-rival, the Tyrannosaurus rex. Breaking new ground with highly complex innovations, this fully-articulated lifelike Indominu is nearly 55 feet in length from head to tail and over 22 feet tall. She is almost lifelike with her movements, from the subtle blinking of her eyes, the flexing of her arms and claws, and the clenching of her jaw as she bears her razor-sharp teeth. In all honesty, I almost missed the T-rex because I was trying to capture her massive form on video.

The rest of the day, we made the most of our Universal Express passes and hopped from one ride to another. Honestly, it is the only way to enjoy all of the rides the park has to offer, and with the Calfornia Resident Universal Express, you can save a little money too.

One of the must-see shows Universal Studios offers guests is Waterworld, a water-filled stunt show with crazy special effects with a dash of comedy. While the show is more well known for its amazing stunts, I truly love the beginning antics of the actors as they engage the crowd. They start off by warning, then dousing the crowd with a light sprinkle, a sure-fire cannon, and buckets of water, warning them of sitting in the splash zone. Then the show begins, full of action and special effects until the final scene when the seaplane flies over the wall.

Don’t forget to stop in at the Wizarding World of Harry Potter and watch the nighttime lights at Hogwarts Castle and the Studio Tour that takes you behind the scenes of Universal Studio’s lot.

Have a sports fan in your life? Take a stroll outside of Universal Studios and down Universal CityWalk Hollywood, and check out the newest dining establishment, NBC Sports Grill & Brew, leveling up the concept of sports-themed dining with state-of-the-art HDTV screens at the iconic destination.

This Bar and Grill is filled with an array of HDTV screens broadcasting continuous, in-depth sports coverage, NBC Sports Grill & Brew is prepared to offer all the MVP treatment. I think my favorite feature would be dining upon converted shuffleboard and foosball tables amid sports-inspired décor, including specially commissioned art pieces and a custom neon NBC peacock logo.

Universal CityWalk spectators and al fresco diners alike will enjoy their favorite sporting event on the giant media wall located at the restaurant’s front exterior. Measuring a whopping 23 feet by 13 feet, the HDTV monitor will put you at the front row of the latest sports action.