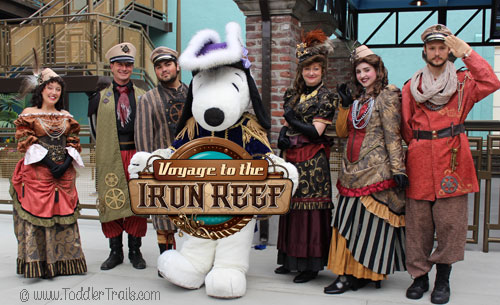 Last week, The Kraken Queen was released at Knott’s Berry farm in the newest spectacular interactive 4-D ride; Voyage to the Iron Reef™. I was excited to take my dad and my munchkins as we were one of the first to ride aboard a submarine inspired ride and cruised through the Iron Reef using freeze rays to shoot the Kraken Queen’s army of sea creatures while we battled it out for the highest scores.

Excited about the new ride, I met my dad for a morning of fun as we were invited to the sneak peek media event for Knott’s Voyage to the Iron Reef. It was certainly a great way to spend a father/daughter day – celebrating Knott’s newest addition to the amusement park.

So happy for a lazy Monday. It was nice to sleep i

It was a fun morning at one of my favorite parks.