My son LOVES any vehicle on wheels.  We must have 500+ Hot Wheels around the house because he is just obsessed.  Today, we had the unique opportunity to get up close and personal with a brand-new futuristic law enforcement inspired Police Monster Truck: “New Earth Authority”.

The “NEA” Police Monster Truck is 11 feet tall and weighs over 10,000 pounds. Can you make out the shape of the body?  Someone suggested a bullet, however the design was inspired by the police riot helmet and made of fiber glass. 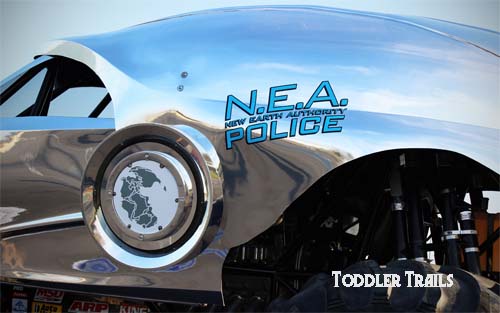 Driver & Police Lieutenant Norm Miller was inspired to be a Monster Truck driver at the age of 13 when watching a car crush in Portland, Oregon. Lieutenant Miller works during the week at his local police department, and on the weekends, previously driving Batman at Monster Jam, and the official driver of “New Earth Authority Police Truck” in Monster Jam 2014. 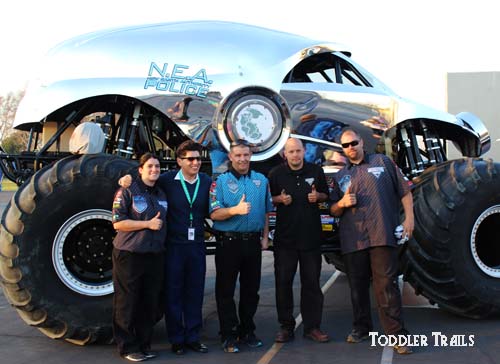 During the unveiling, Anaheim YMCA youngsters learned about the importance of wearing seat belts, helmets, and more. Lieutenant Miller shared his Batman/Joker helmet and the fact he wears a five point harness seatbelt to keep him safe while driving any Monster Truck. 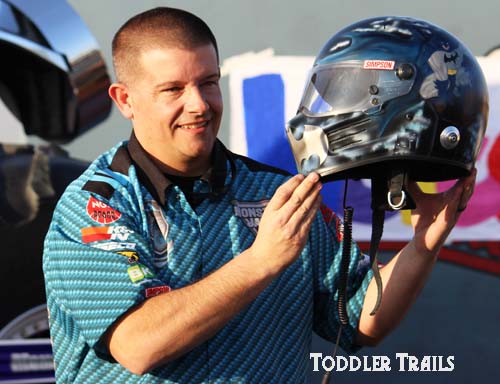 Do you have little ones who are as into Monster Trucks They can catch a massive collection of the world’s best monster trucks battling it out at the upcoming Monster Jam taking place at Angel Stadum January 11th, January 25th and February 8th, 2014. Fans will be able to see Monster Jam Powerhouses and World Finals Champions Grave Digger and Max-D. 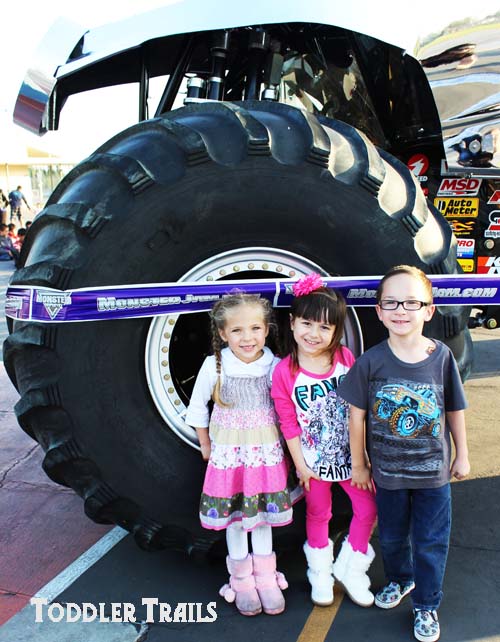