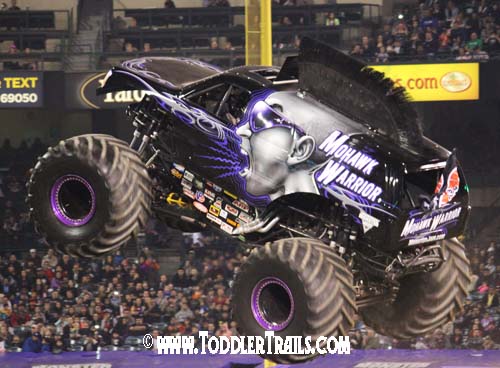 Over the weekend we had the opportunity to attend our first Monster Jam at Anaheim Stadium and Handsome boy was mesmerized!

I had taken the kids to the OC Fair over the summer to see the Monster X Tour so all I expected to see was a few trucks and drivers showing off with stunts and smashing vehicles, but I was wrong…Monster Jam was incredible fun for the whole family, especially if you are fans of anything on four wheels like my Handsome Boy.  First off, out comes the line up of trucks – WOW, I don’t even think my boy blinked.  He was just fascinated with the cars, Mohawk Warrior being his favorite.

Then the racing began.  The qualifying heat included two trucks squaring off in a man made course which included obsticles and jumps to entertain the crowd.

Championship Round of Monster Jam Racing 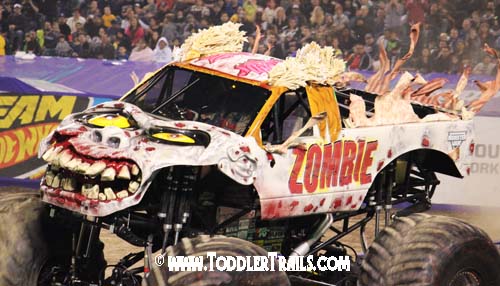 Just before intermission, there was another race, but with unique vehicles…and trailers.  This was the funniest race I think I’ve ever scene. 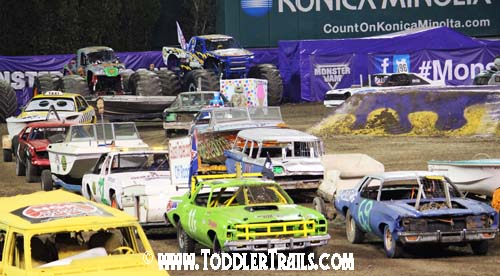 The crowd went nuts, rooting for their favorite vehicle.  We saw boats and trailers – flying, balloons launched out of the ice cream cart and a teddy bear win the race! 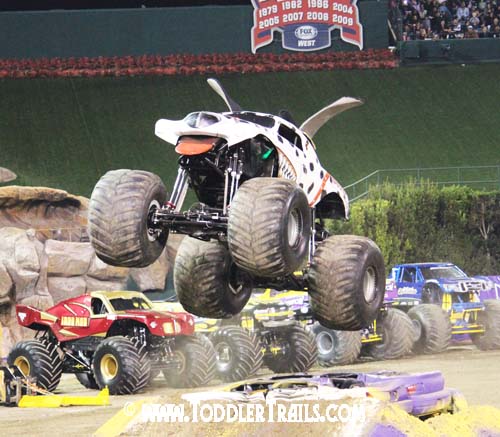 When the trucks returned, it was time for the Free Style event.  This event included high flying trucks, smashing obsticles, crashes, broken axels, stuck trucks and the most incredible recoveries. 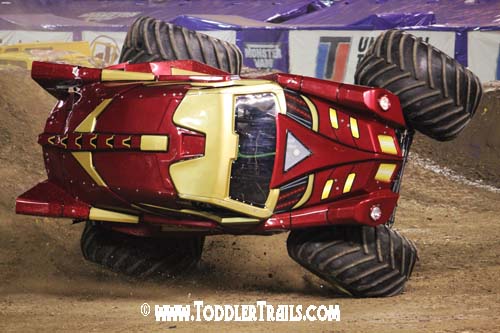 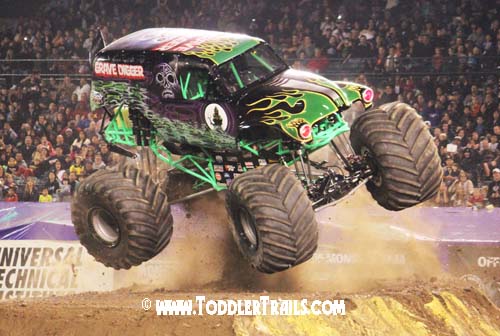 Helpful Tip:  If you are planning on taking the family to Monster Jam, make sure you check the line up if you are going to see a particular vehicle.

When talking to my family about the event, we all LOVED everything!  The trucks were incredible and my handsome boy was so glued into the show, he barely uttered a word.  Could also be because we came prepared with noise cancelling headsets. 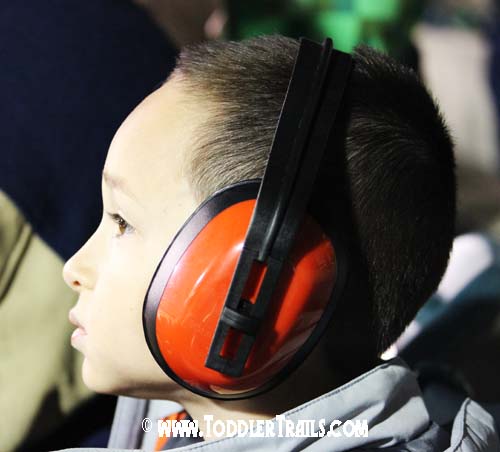 Helpful Tip: You’ll want to protect little ears because the engines are quite loud, leaving your ears ringing long after the show.  Pick up either noise cancelling headsets or ear plugs from your local hardware store.

You can still catch the next show!  Tickets are now on sale for the upcoming February 8th performance of Monster Jam: