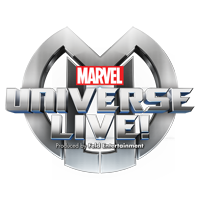 Do you have little ones that are addicted to Marvel superheroes? Then you’re going to be thrilled that the first-Ever Marvel Universe Live! Tour Coming to Southern California – Anaheim & Ontario in 2015.

Recently my friends at Feld Entertainment sent me a press release about their latest spectacular live show that is geared to Marvel fans.  Marvel Universe LIVE! will be flying in to SoCal to play the Honda Center in Anaheim from Friday, March 27, 2015 to Sunday, March 29, 2015 and Citizens Business Bank Arena in Ontario from Thursday, April 9, 2015 to Sunday, April 12, 2015; additional Los Angeles dates to be announced later.  Tickets for the Anaheim/Ontario shows are on sale now and start at just $45!

Marvel Universe LIVE! will feature more than 25 Marvel characters in the fight between good and evil.  “Marvel Universe LIVE! will be the most remarkable live event that the world has ever seen with an absolutely epic story line and jaw dropping technological advances. “Fans will feel like they’ve stepped into a Marvel blockbuster film come to life with nonstop movie style action and stunts,” said Feld Entertainment Executive Vice President and Marvel Universe LIVE! Producer Juliette Feld. “We are working hand in hand with Marvel to give fans a revolutionary live show experience that introduces an original story that is faithful to the Marvel canon and utterly captivating from beginning to end!”

Expect to see new innovations in set design, amazing aerial stunts, pyrotechnics and state-of-the-art show elements that bring movie style special effects to the live entertainment arena that’s just going to be out of this world!  Audiences will see the awe-inspiring world of Super Heroes come to life before their eyes with a dynamic cast comprised of some of the industry’s most talented stunt performers. Utilizing their talents and aided by a unique combination of never before seen arena mechanics some of Marvel’s mightiest will come to life with profound results. These true-to-comic creations will be supported by innovative lighting design and transformative 3D projection that will take the audience on a journey around the globe with these timeless characters. To support this massive undertaking, Marvel Universe LIVE! will not only utilize the entire arena floor, but also perform within a multilevel aerial space creating a unique experience that puts audiences right in the middle of the action in ways they could only dream about prior.

“This is the most ambitious undertaking in the more than 40 year history of Feld Entertainment. It’s the kind of show you always strive to produce but with so many advances in technology only now can you truly deliver it to fans,” said Feld Entertainment Chairman and CEO and Marvel Universe LIVE! Producer Kenneth Feld. “We know this is going to be game-changing for the live entertainment industry as a whole and are making a tremendous investment to surpass the audience’s expectations at every performance. We are elated to feature Marvel Universe LIVE! as part of our portfolio of memorable live touring productions.”