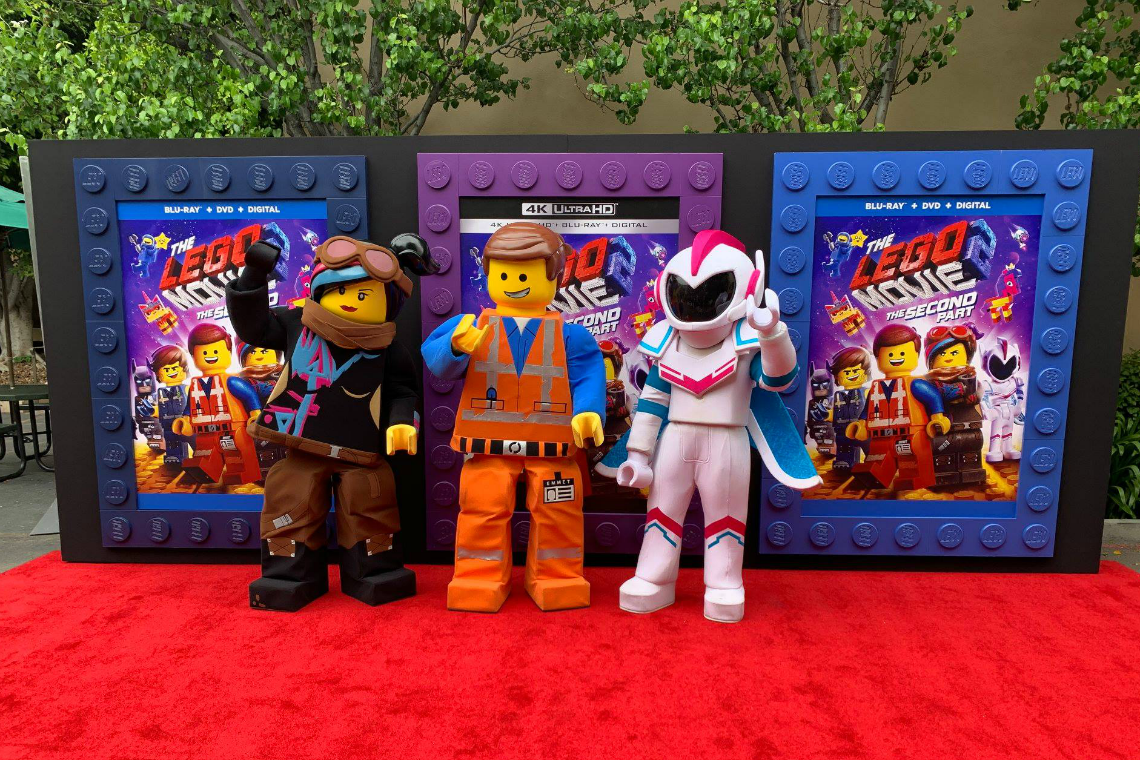 Today, Lego fans rejoice as the “The LEGO® Movie 2: The Second Part” arrives on 4K UHD Combo Pack, Blu-ray Combo Pack. The much-anticipated sequel to The Lego Movie, “The LEGO® Movie 2: The Second Part” reunites the heroes of Bricksburg in an all new action-packed adventure to save their beloved city and we’ve teamed up with Warner Brothers to give a copy away!

It’s been five years since everything was “awesome” and the citizens are now facing a huge new threat: LEGO DUPLO® invaders from outer space, wrecking everything faster than it can be rebuilt. The battle to defeat the invaders and restore harmony to the LEGO universe will take Emmet (Chris Pratt), Lucy (Elizabeth Banks), Batman (Will Arnett) and their friends to faraway, unexplored worlds, including a galaxy filled with fantastic planets, strange characters and catchy new songs. It will test their courage, creativity and Master Building skills, and reveal just how special they really are.

Pick up the 4K Ultra HD Blu-ray disc of “The LEGO® Movie 2: The Second Part” (affiliate) at any local retailers, including online at Amazon. The Blu-ray will feature a Dolby Atmos® soundtrack remixed specifically for the home theater environment and:

Enter to win The Lego Movie 2 on Blu-ray DVD

Giveaway ends May 10, 2019 at 11:59 PM PST. Open to US Residents 18 and older only. Tickets will be mailed directly to the winner’s home (or mailing) address. Winner will be selected at random and be notified by email. Winners have 48 hours to respond before a new winner is selected. Not liable for unclaimed prizes or fulfillment. Blog has represented each sponsor with the expectation they will fulfill their prize and in a timely manner. No purchase necessary to enter or win; however you must enter for a chance to win. Purchase does not increase chance of winning. Chances of winning depend on number of entries. My opinions are my own and were not influenced by any form of compensation. Facebook, Twitter or any other social media platform are in no way associated with this giveaway. By providing your information in this form, you are providing your information to this blog. I do not share or sell information and will use any information only for the purpose of contacting the winner. Winners can only win once per month. Not liable for unclaimed prizes or fulfillment.

Did you know? AD This Friday is National Avocado D

For the first time since March we decided to eat o

Surprised the family today with a home delivery fr

Scroll back to top
69shares