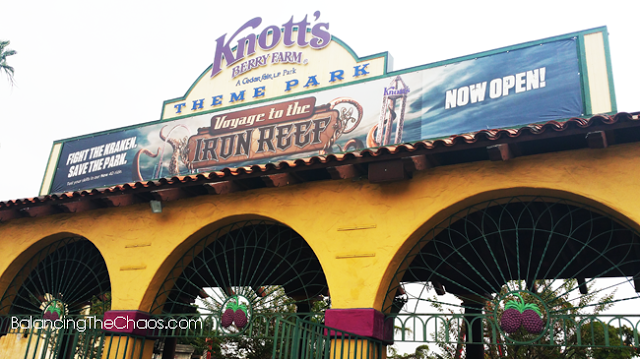 This summer sort of snuck up on us so fast that we were not able to pre-plan our vacation. We were invited to check out what’s new at Knott’s Berry Farm over the weekend, and now we’re making plans to go back. Summertime at Knott’s Berry Farm will be loaded with fun for the entire family with a new ride and entertainment. 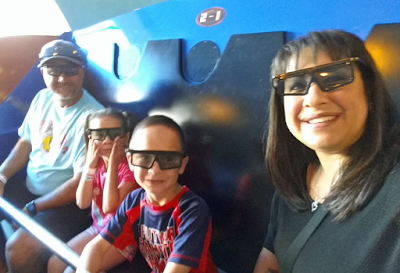 To kick off our summer fun, we headed right to the newest edition to Knott’s Berry Farm, The Voyage to the Iron Reef. Our favorite ride in the park took us on a submarine voyage through the ocean with ten minutes of shooting with freeze blasters at amazing digital sea creatures.

Everyone knows my husband is a coach, right? “Mr. Ultra Competitive” just assumed he was going to beat us all during our journey, but mama had been on this ride quite a few times, and was prepared for the challenge. Shhh, don’t tell him our secret – you need to shoot all the gold stars throughout the ride to rack up a higher score. I killed him 157,200 to 129,000. Finally something I’m better than him at – for the moment! 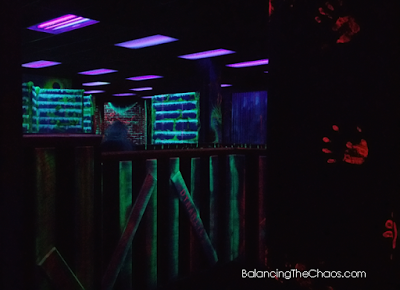 When we exited Voyage to the Iron Reef, we ended up in the arcade, which was perfect since our next challenge was Laser Tag. Did you know that Knott’s has brought back this exciting interactive game? If you haven’t had enough target practice in the Iron Reef, gather your gang and head on over to the Laser Tag. For an additional cost, grab your bright yellow gun and enter the combat zone. My daughter, being 6, was a little scared walking in, because it was quite dark, but she stayed by my side and enjoyed shooting at whoever walked by. The walls are painted with glow in the dark paint and lit up with florescent lighting, which makes the bright yellow guns easy targets. TIP: be sure to aim at your opponent’s gun first to score. Since I figured this out quite late, I think I died about 200 times.

Snoopy is back with an all new show – Blockbuster Beagle! on ice in the Charles M Schultz Theater was spectacular as usual. Snoopy and his pals were all about “Hollywood” in this brand new production. I truly enjoyed the music (the kids thought I was crazy singing and dancing in my seat). Then at the Calico Stage, we got to experience the daring in an all new high flying acrobatic show, Vertical Impact. This high energy show featured some of the most popular songs out, combining trampoline stunts, bmx bikes, skaters, dancers and aerialists into one mesmerizing show.

Back at Camp Snoopy, we were able to catch the Peanuts Gang in Charlie Brown’s Happy Campers where Snoopy and his pals entertained families with their camping skills. 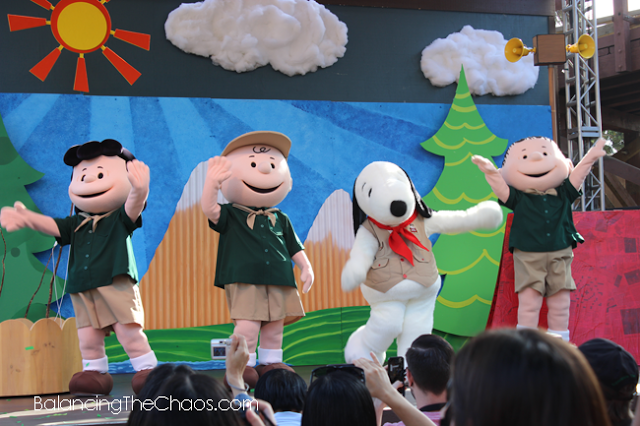 We didn’t get to all of the fun new entertainment Knott’s has lined up for guests, but here are a few of the new things going on around the park:

Knott’s has so many family friendly things to do that we’ll certainly be back again before the summer is up.