We just had the opportunity to catch The world famous Harlem Globetrotters while they were entertaining Anaheim. During this one-of-a-kind family show, expect awesome basketball skills, comedy and more as the Globetrotters run circles around the World All Stars. Now is your chance to catch the game as it tours Southern California with additional dates in Mission Viejo, Anaheim and Los Angeles.

The Harlem Globetrotters known around the world as one of the best family entertainment with great basketball skills. The Globetrotters represent nine decades of breaking down barriers, acts of goodwill and a commitment to fans that goes beyond the game. Their one-of-a-kind show will have the entire family mesmerized with their incredible ball handling, hilarious comedy and loads of fan interaction, including a post-game autograph signing. 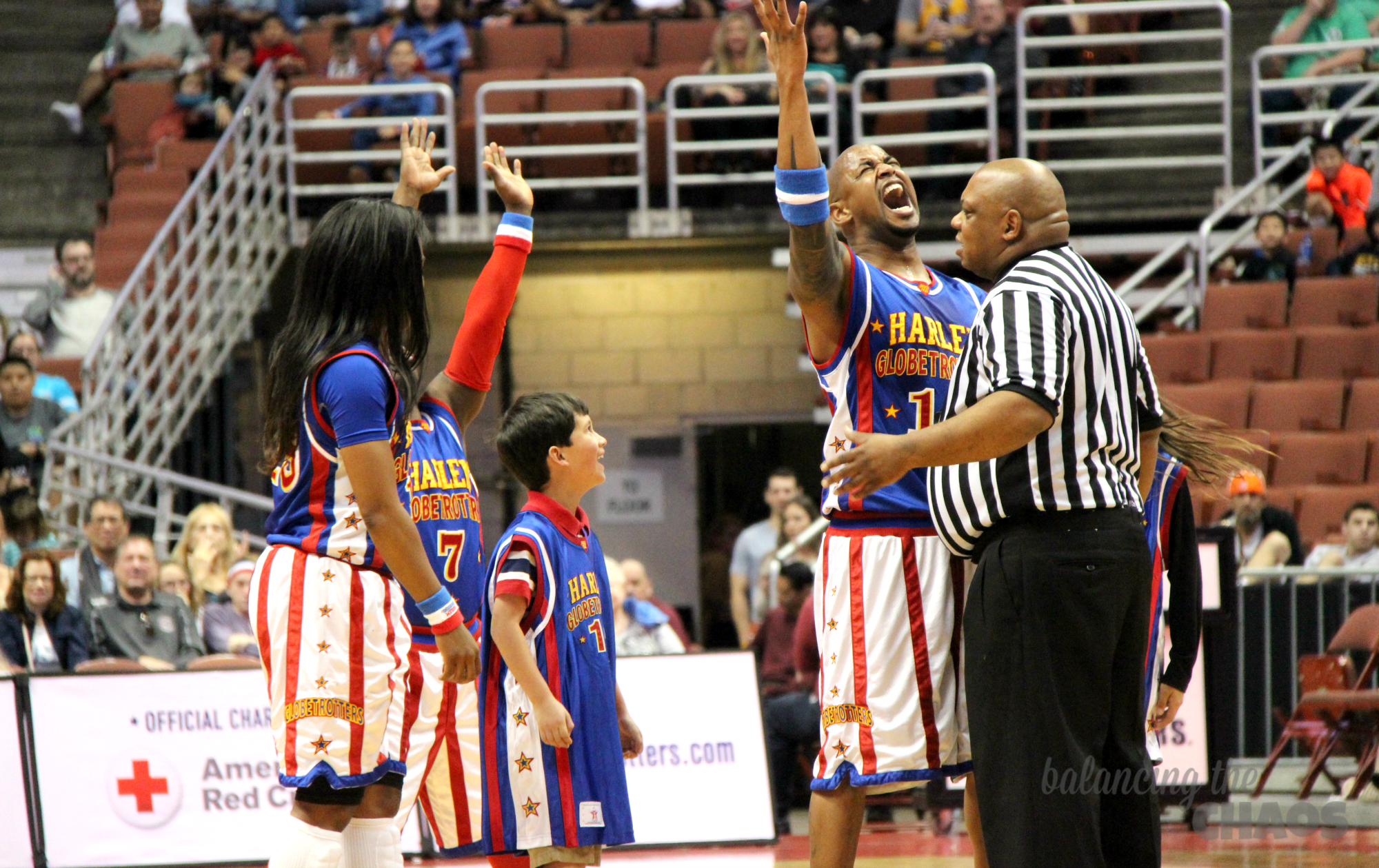 We arrived at the Honda Center and on our way to our seats we saw the pregame show had started. Globie, the Harlem Globetrotter’s mascot was dancing and greeting the fans. 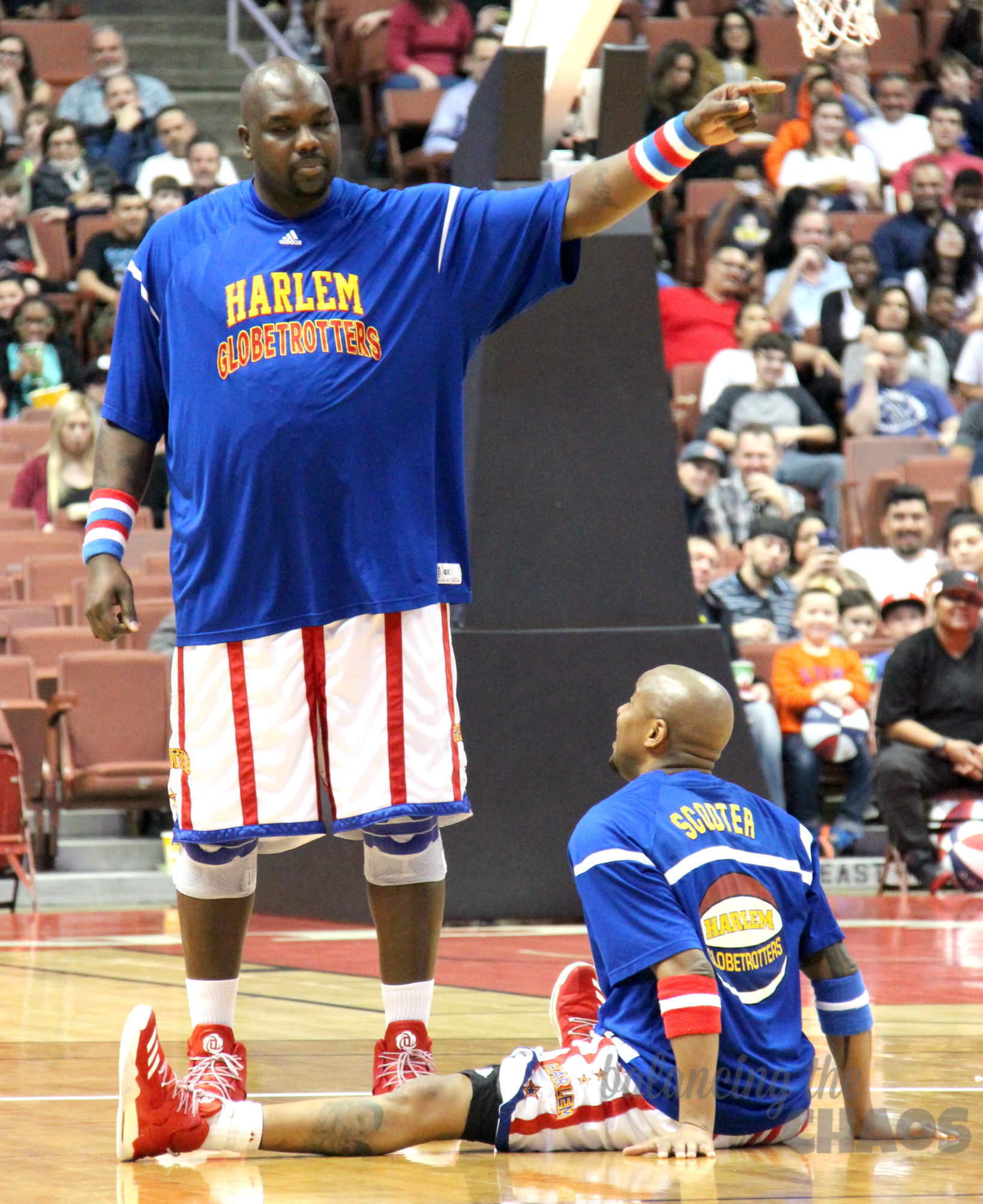 Then the World All Stars took to the floor as they were introduced. The lights dimmed and the Harlem Globetrotters emerged immediately starting their warm up routine and the game! We took one of my son’s friends and the boys were glued to the tricks, twirls, slam dunks and high flying antics of the “Globies”. 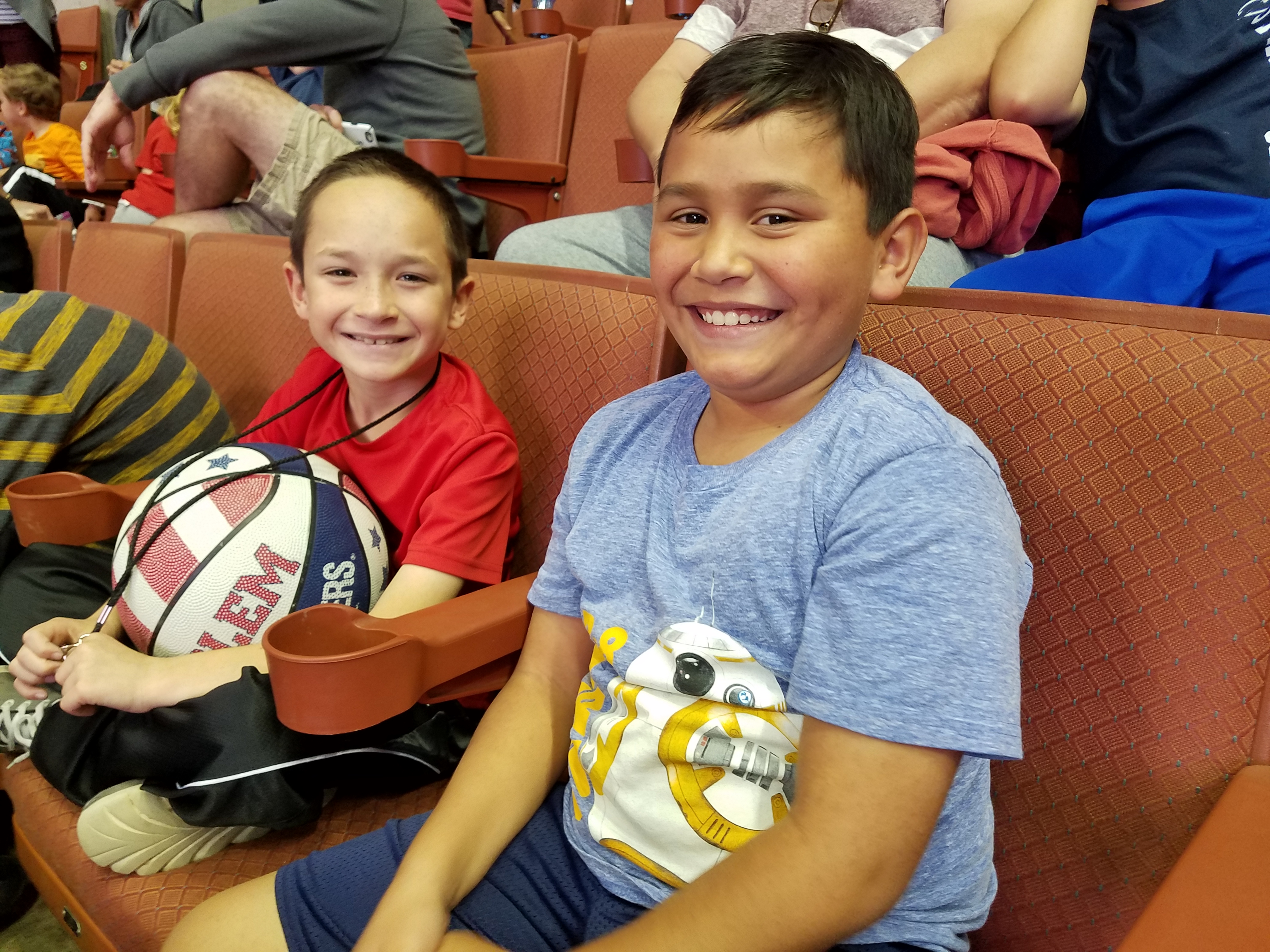 I asked the boys what their favorite part of the show was – they had a hard time just picking one segment: Globie dancing, Globie’s Brother – Big G dancing and entertaining the fans; slam dunks by the players; the water thrown all over the referee; seeing kids who were just as spectacular as the Harlem Globetrotters dribbling and passing the ball and more. The list was endless! Don’t miss this great show – check out the upcoming dates below:

Mission Viejo at the Saddleback College Gym on Monday, Feb. 13, at 7 p.m.

About the Harlem Globetrotters:

The Harlem Globetrotters® are a worldwide icon, synonymous with one-of-a-kind family entertainment and great basketball skills. Throughout their history, the Original Harlem Globetrotters have showcased their iconic talents in 122 countries and territories on six continents, often breaking down cultural and societal barriers while providing fans with their first-ever basketball experience. Proud inductees of the Naismith Memorial Basketball Hall of Fame, the Globetrotters have entertained hundreds of millions of fans – among them popes, kings, queens, and presidents – over nine thrilling decades. Sponsored by World Vision, Greyhound Lines and Baden Sports, Harlem Globetrotters International, Inc. is a wholly-owned subsidiary of Herschend Enterprises, the largest family-owned themed entertainment company in the U.S. For the latest news and information about the Harlem Globetrotters, and to purchase tickets and team merchandise, visit the Globetrotters’ official Web site: www.harlemglobetrotters.com.