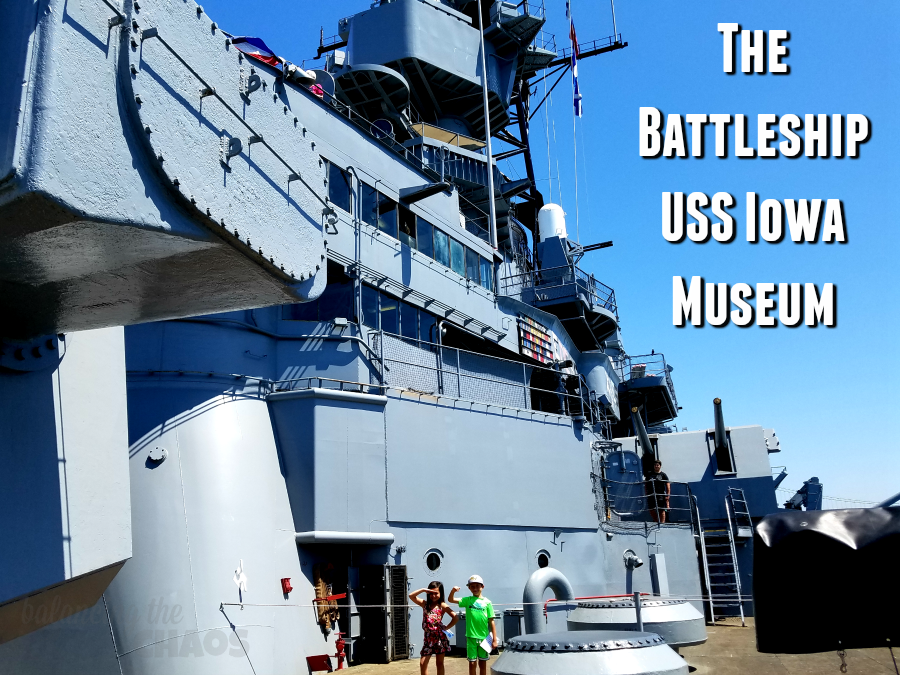 Hosted: Looking for something educational to do this summer? Make plans to see the USS Iowa currently docked at the Port of Los Angeles in San Pedro. The USS Iowa is the only battleship on the West Coast that is open to the public as an interactive naval museum. Families will enjoy wandering through a little piece of naval history on this self guided walking tour through a retired battleship, following Victory, the Captain’s beloved dog and ship mascot.

Since we’ve been on summer break, I have been looking for things to so with the kids that are educational and fun. A friend of mine emailed me information about the Battleship USS Iowa Museum and told me that the kids would really like it. Since we had already seen the USS Midway Museum, but hadn’t yet had a chance to take a tour, I felt she was right on – the kids would love a chance at touring a real battleship.

For under $20/person, you can either get your tickets online: USS Iowa Tickets, or visit their box office right out front of the entrance to the ship. Once you have your tickets, you’re invited aboard to start your walking tour. 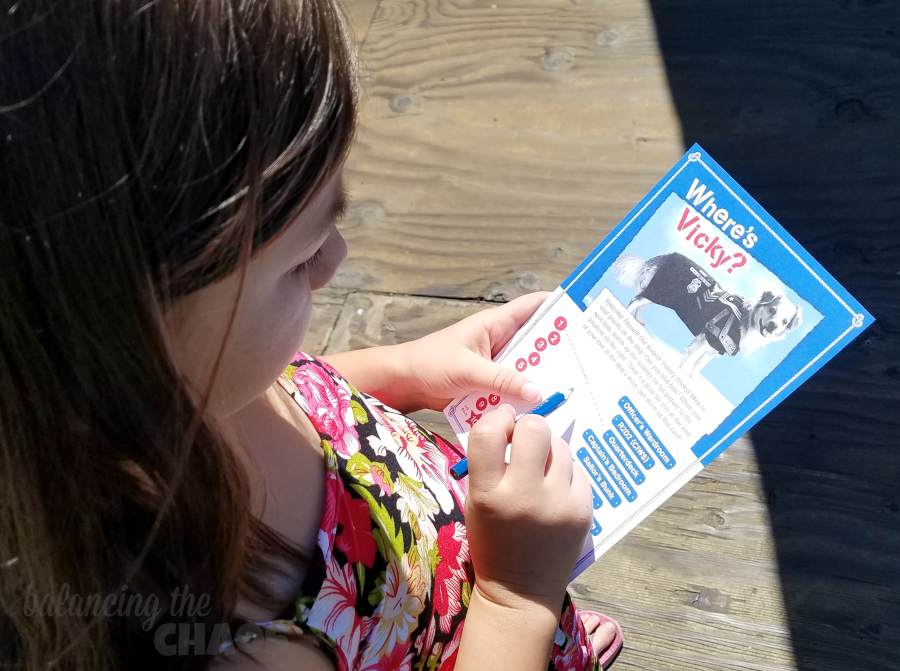 The kids were excited to have the opportunity to tour a real historical battleship. Once we were on board, we were invited to start our walking tour. The kids were sent on a scavenger hunt mission. They were on the hunt for Victory – “Vicky”, the beloved pet of Navy Captain John L. McCrea. As we walked through the ship, the kids spotted pictures of Victory in key areas of the battleship, which flagged items such as the Captain’s Bedroom, Sailor’s Bunk R2D2, Galley and more. 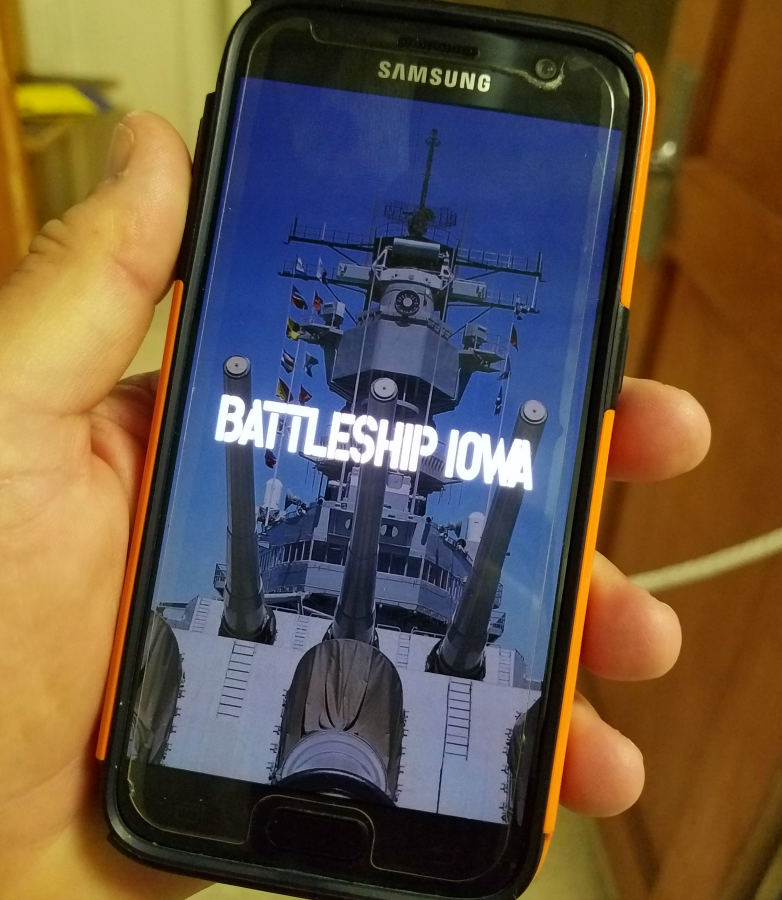 Another great feature of this floating museum is the Battleship Iowa interactive app, which you can download either the IOS version or Android version. This app gives you maps of important points of the ship along with fun facts. 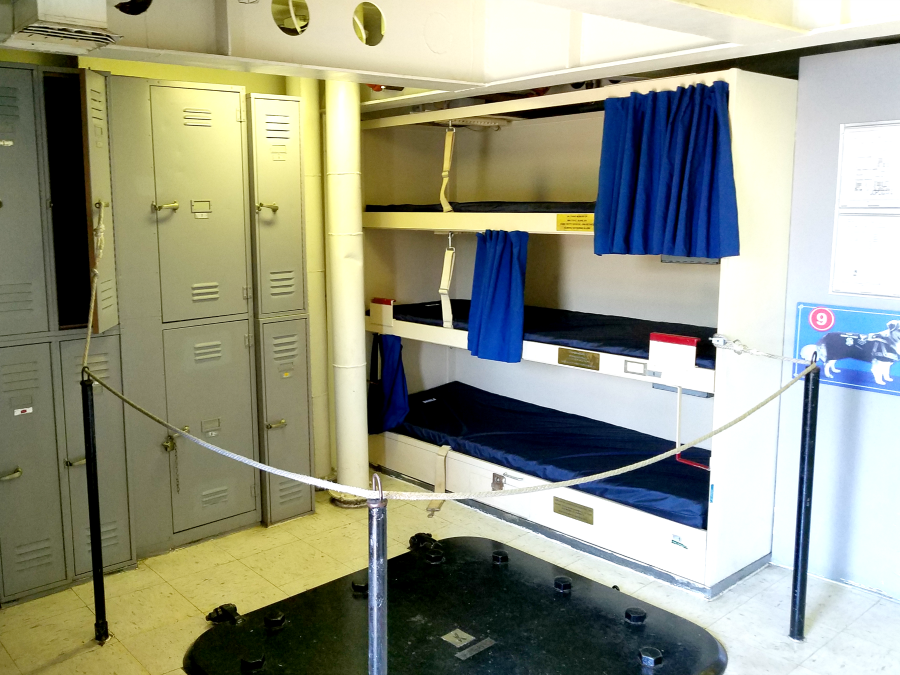 Some of the fun areas of the ship we toured through included the Captain’s quarters and private galley, the sailors quarters and deck, and the galley. On deck we were able to check out R2D2, and the missile deck and mighty guns.

We were able to see a great portion of the ship, however the forward deck was roped off the day we visited. Every so often, commercials and movies are filmed aboard this historical museum, and on the day we were visiting, they were in fact, filming a commercial. 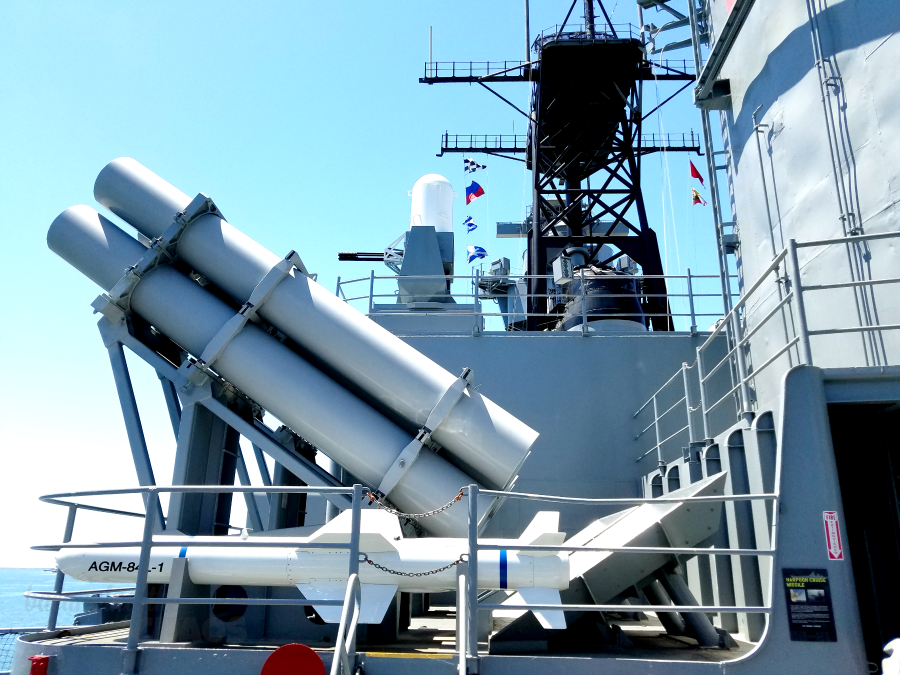 This weekend, July 8th, visit The Battleship USS Iowa Museum and help celebrate their 5th year of being open to the public. In recognition of this accomplishment Pacific Battleship Center (PBC), the non-profit company that owns and operates the museum, will give away generous prizes donated by its sponsors. The first 1,000 paid guests to tour the Battleship IOWA will receive a commemorative 5th anniversary pin to honor of the occasion. Prizes will be randomly given out every hour starting at 12 p.m. and continuing to 3 p.m. Anyone in attendance will be eligible to receive a prize along with anyone entering online and watching our Facebook live feed. No purchase necessary to enter.

For more information about the Battleship USS Iowa Museum and how to book a tour, connect via social media: Website, Facebook, Twitter and Instagram. When planning the tour, allow for approximately an hour and a half to two hours. There is also a flight simulator you can enjoy for an extra fee. At the time we were there, the simulator was not working.