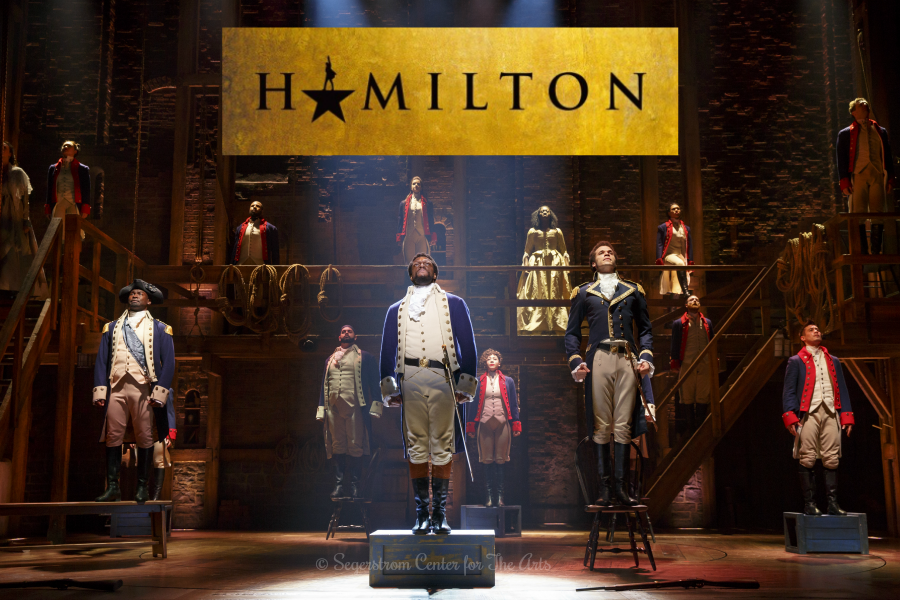 Hamilton returns to Southern California in September. Segerstrom Center for the Arts is pleased to bring HAMILTON to Orange County audiences at Segerstrom Hall on select dates from September 28th through October 16th. Tickets for HAMILTON are still available at SCFTA.org and at the Box Office.

HAMILTON is the story of America’s Founding Father Alexander Hamilton. An immigrant from the West Indies, Hamilton became George Washington’s right-hand man during the Revolutionary War and was the new nation’s first Treasury Secretary. Featuring a score that blends hip-hop, jazz, blues, rap, R&B, and Broadway, HAMILTON is the story of America then, as told by America now.

This spectacular show is based on the book, music, and lyrics by Lin-Manuel Miranda, direction by Thomas Kail, choreography by Andy Blankenbuehler, and musical supervision and orchestrations by Alex Lacamoire, Hamilton is based on Ron Chernow’s acclaimed biography. It has won Tony®, Grammy®, and Olivier Awards, the Pulitzer Prize for Drama, and an unprecedented special citation from the Kennedy Center Honors.

Segerstrom Center for the Arts is an acclaimed arts institution as well as a beautiful multi-disciplinary cultural campus. It is committed to supporting artistic excellence, offering unsurpassed experiences and to engaging the entire community in new and exciting ways through the unique power of live performance and a diverse array of inspiring arts-based education and community engagement programs. Previously called the Orange County Performing Arts Center, Segerstrom Center is Orange County’s largest non-profit arts organization. In addition to its six performance venues, Segerstrom Center is also home to the American Ballet Theatre William J. Gillespie School.