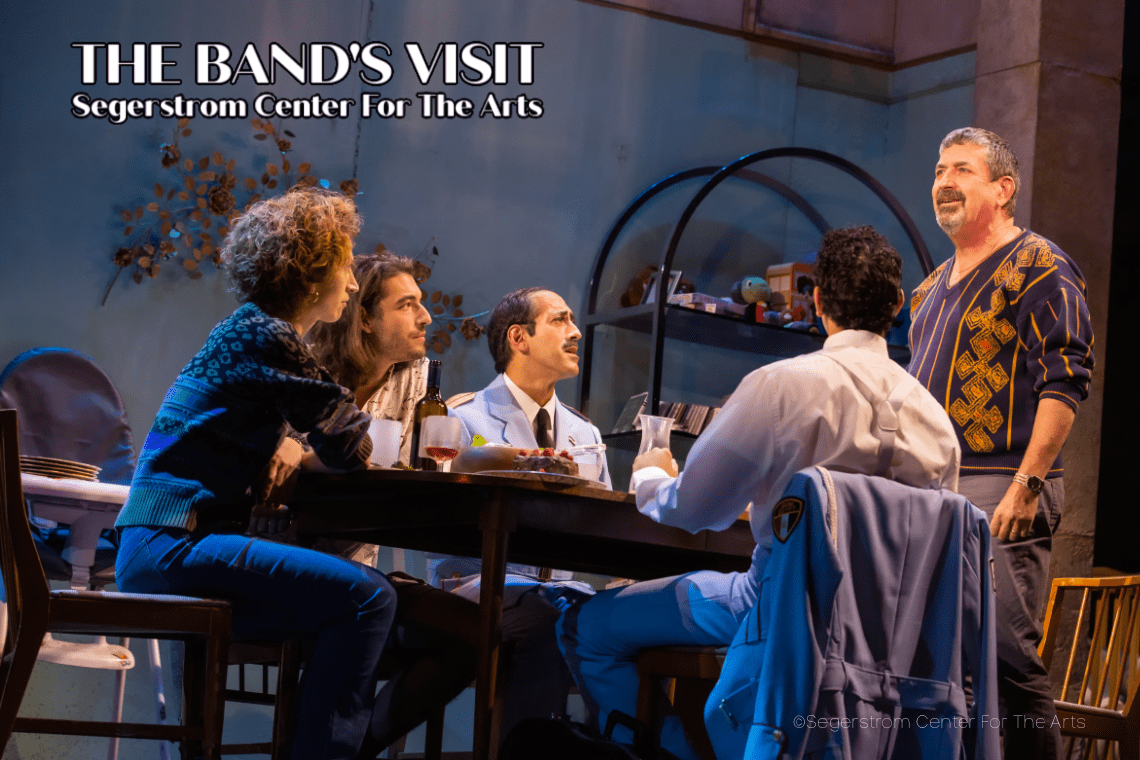 I’m finally feeling comfortable enough to head back to the theater. I’m so excited to visit Segerstrom Center for the Arts next week as they present THE BAND’S VISIT, featuring music and lyrics by Tony® and Drama Desk Award®-winner David Yazbek. Tickets are available for the performances from March 22nd through April 3rd.

THE BAND’S VISIT tells a joyful, offbeat story of a band of musicians who arrive in a town way off the beaten path. Under the spell of the desert sky, with beautiful music perfuming the air, the band brings the town to life in unexpected ways. With a Tony- and Grammy-winning score that seduces your soul and sweeps you off your feet, performed by thrillingly talented onstage musicians, THE BAND’S VISIT rejoices in the way music makes us laugh, makes us cry, and ultimately, brings us together.

Plan for a date night or a night out with friends. Single tickets for The Band’s Visit at Segerstrom Center for the Arts start at $26 and are now available online at SCFTA.org, at the Box Office at 600 Town Center Drive in Costa Mesa or by calling (714) 556-2787. For inquiries about group ticket discounts for 10 or more, call the Group Services office at (714) 755-0236.