Disclaimer: Toddler Trails is an ambassador for Segerstrom Center, sharing information about the arts and events while receiving complimentary tickets to select musicals.  Opinions shared are all my own.

This week, I had the opportunity to sneak away for a quick Girls Night out with my friend Mary from LetsPlayOC.  I picked her up and made our way to Segerstrom Center to see Sister Act .

Sister Act the stage show is based on the 1992 Touchstone Picture, Sister Act starring Whoopi Goldberg: Disco diva, Deloris Van Cartier witnesses her boyfriend, Curtis Jackson murders a man, she is put in protective custody at a convent.  Out of her element and at the mercy of her situation, she resorts to her music and inspires the choir to breathe new life into a dying church.

My take on the show, it was fabulous!  I loved the music, characters, the comedy and the great feeling I had at the end of the performance.

One aspect I truly enjoyed – the fact Sister Mary Roberts and Sister Mary Patrick were exactly like the characters from the hit movie!  Their personalities and quirkiness made me fall in love with these characters. 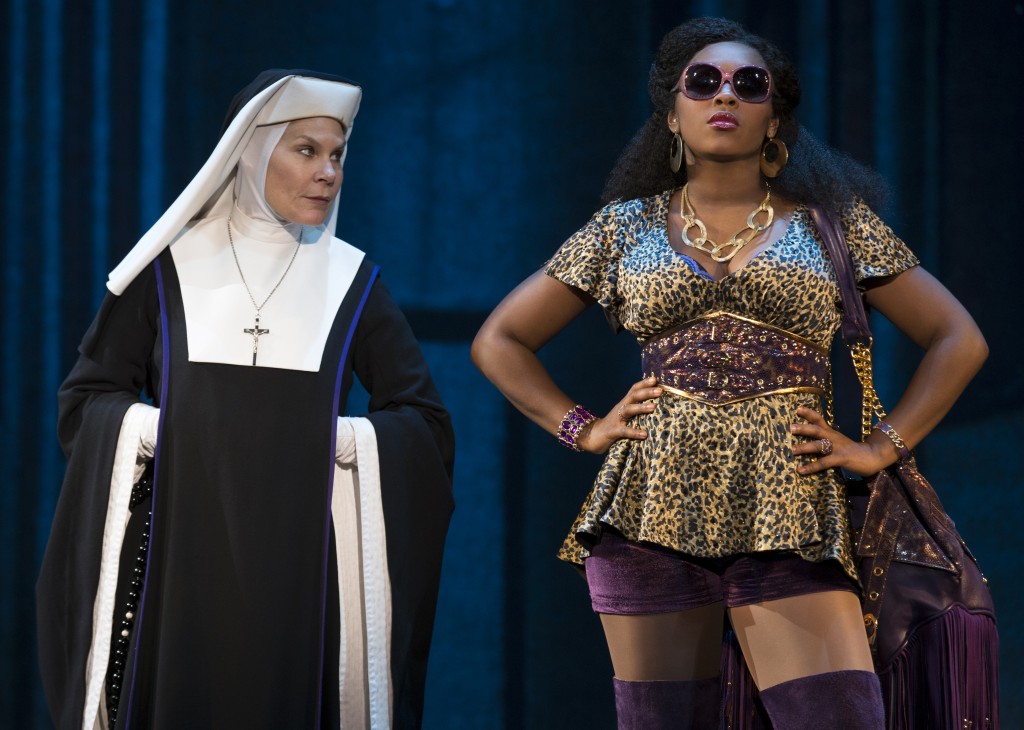 And my favorite, Hollis Resnik as Mother Superior was exceptional in her role.  She had me laughing and giggling the whole time with one liners like when some one stated, “Mother Superior, you took a vow of charity” – she countered with, “I take it back”!

Segerstrom Center For The Arts
600 Town Center Drive
Costa Mesa, CA 92626
Tickets:Single tickets start at $20For inquiries about group ticket savings for 10 or more, call the Group Services office at (714) 755-0236. The TTY number is (714) 556-2746. The 2 p.m. performance on Saturday, August 17 will include audio description, open captioning and sign-language interpretation

Thanks to our friends at Segerstrom Center for a wonderful “Girls Night Out”.  We’ll certainly be back for more!

1 thought on “Girls Night Out With Sister Act | @SegerstromArts @SisterActTour”