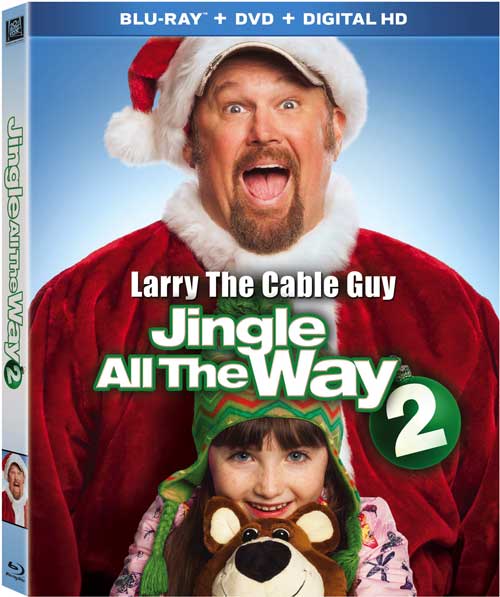 It’s time to kick up the laughs and plan a family movie night with Jingle All The Way 2 when it arrives on Blu-ray Combo, DVD and Digital HD December 2 from WWE Studios and Twentieth Century Fox Home Entertainment.
Jingle All The Way 2 stars comedy superstar Larry the Cable Guy and WWE Superstar Santino Marella bring laughs and holiday spirit to this second installment of the successful film franchise.

Do you have a dad that loves a good competition? Jingle All The Way 2 takes off as two desperate dads (a father and a step father) compete in a battle to be the best father and make this Christmas the best ever. On the hunt for the perfect, and most popular gift of the year, both dads search for this hard to get toy – one dad wants to make sure the other can’t get his hands on the infamous toy. Jingle All The Way 2 is heartwarming and hilarious fun for the whole family!

The holiday cheer continues in the Blu-ray Combo and DVD bonus features including deleted scenes, making-of featurettes, a mock Public Service Announcement from Larry and Santino advising how you can stay safe while shopping this holiday plus a special Harrison the Bear TV commercial and an exclusive interview with the hottest toy of the season.

For the release of the Jingle All The Way 2, we have 2 fun printable activity sheets for you: 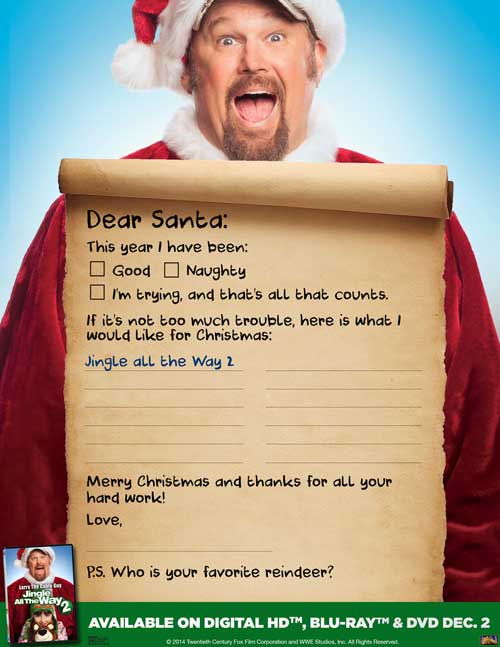 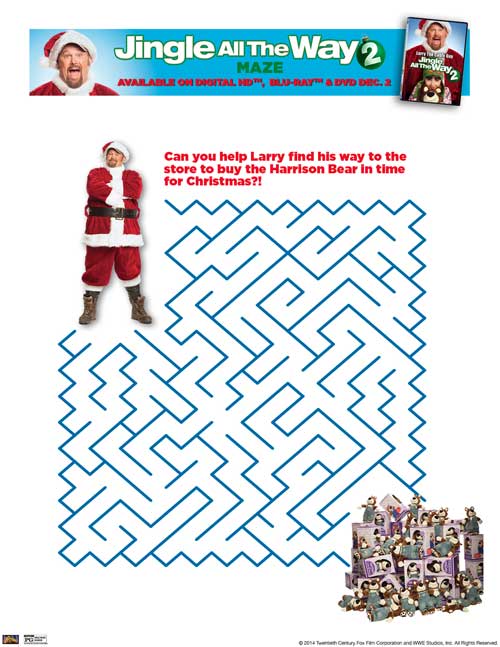 Giveaway ends December 7, 2014 at 11:59 PM PST. Open to US Residents 18 and older only. Prizes cannot be shipped to PO Boxes. Winner will be selected at random and be notified by email. Winners have 48 hours to respond before a new winner is selected. Not liable for unclaimed prizes or fulfillment. Blog has represented each sponsor with the expectation they will fulfill their prize and in a timely manner. No purchase necessary to enter or win; however you must enter for a chance to win. Purchase does not increase chance of winning. Chances of winning depend on number of entries. My opinions are my own and were not influenced by any form of compensation. Facebook, Twitter or any other social media platform are in no way associated with this giveaway. By providing your information in this form, you are providing your information to this blog. I do not share or sell information and will use any information only for the purpose of contacting the winner. Winners can only win once per month. Not liable for unclaimed prizes or fulfillment.