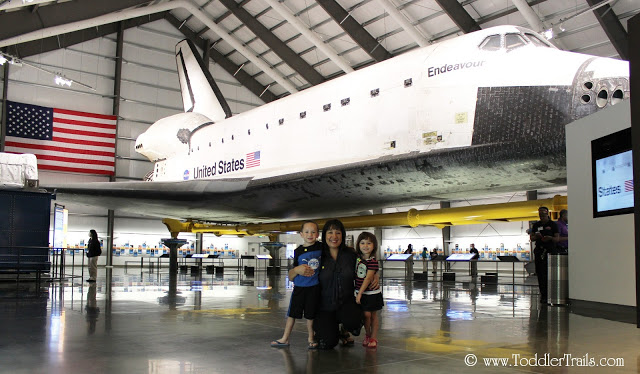 Growing up, we were huge fans of the space program.  Heck, we were practically raised in it with family working at different spectrums of it the program through Hughes Aircraft, Boeing, Parker Hannifin and JPL.  So, I was absolutely delighted when I received an invitation to the media tour of the new Endeavor Exhibit at the California Science Center in Los Angeles and check out the new Giant Lever Exhibit which allows guests to lift a Toyota truck. (All opinions of the Science Center and exhibits are my own) 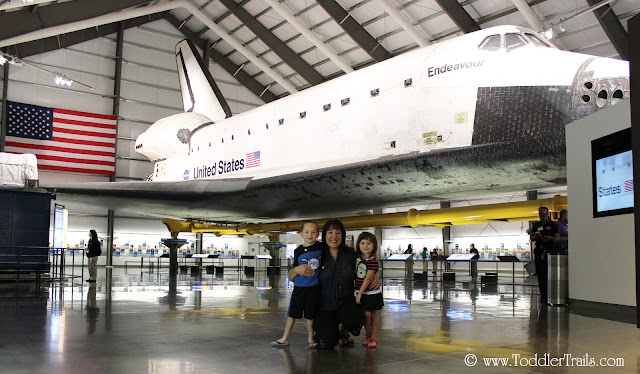 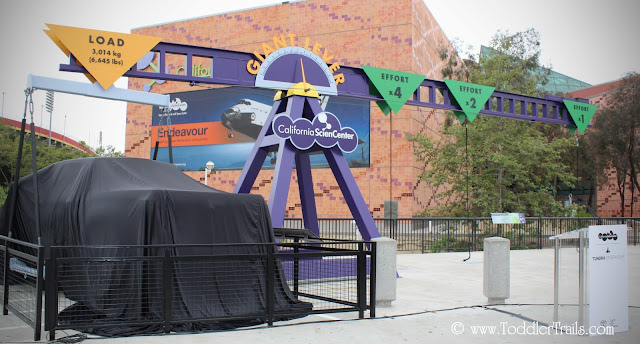 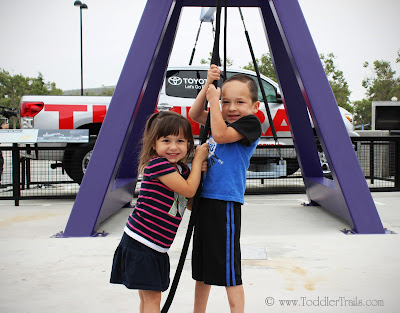 We started off the day with the unveiling of the Toyota Tundra the one that towed the Space Shuttle Endeavor across the Manchester Bridge in Los Angelesr.  It’s a Toyota Tundra CrewMax 1/2 ton pick up with a standard V-8 engine.  Now, with the help of a Giant Lever, guests of the California Science Center are able muscle up that 6,645lb truck. 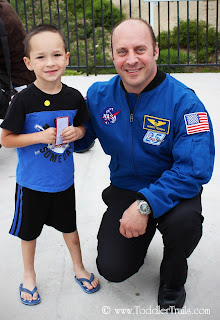 The kids certainly had fun trying to lift the Tundra from each of the different rope positions.  The farthest rope away from the Tundra is easiest to actually lift the vehicle. 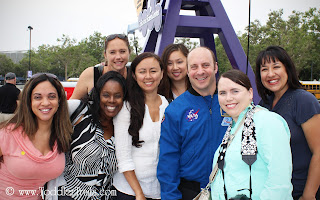 We had the opportunity to meet Garrett Reisman, an American engineer and former NASA astronaut who flew on 3 different space missions and was aboard the space station for 95 days.
Then we were ushered into the California Science Center to get a private tour of the Endeavor Exhibit.  There you can touch the tires from the landing gear and get an in depth look at the “facilities”. 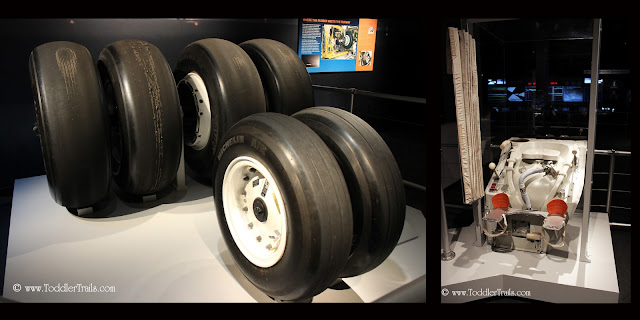 Once we made our way through the exhibit and then made our way down stairs to the Endeavor.  When I walked through the doors, I was literally speechless and full of goosebumps.  What an amazing sight the Endeavor is, and you can practically touch it.  That’s all I can say, because you really have to experience it for yourself!!!
So, make a plan to visit the California Science Center, where your family can explore the interactive exhibits, live demonstrations and innovative programs.  A few of the exhibits include:
Entrance to the Science Center is free, however, if you are interested in the IMAX 2D and 3D there is a fee for that.  And you can find out more information about the exhibits and events at the California Science Center by visiting their website: https://www.californiasciencecenter.org/

9 thoughts on “Experiencing A Piece Of History – The Endeavor | @casciencecenter”