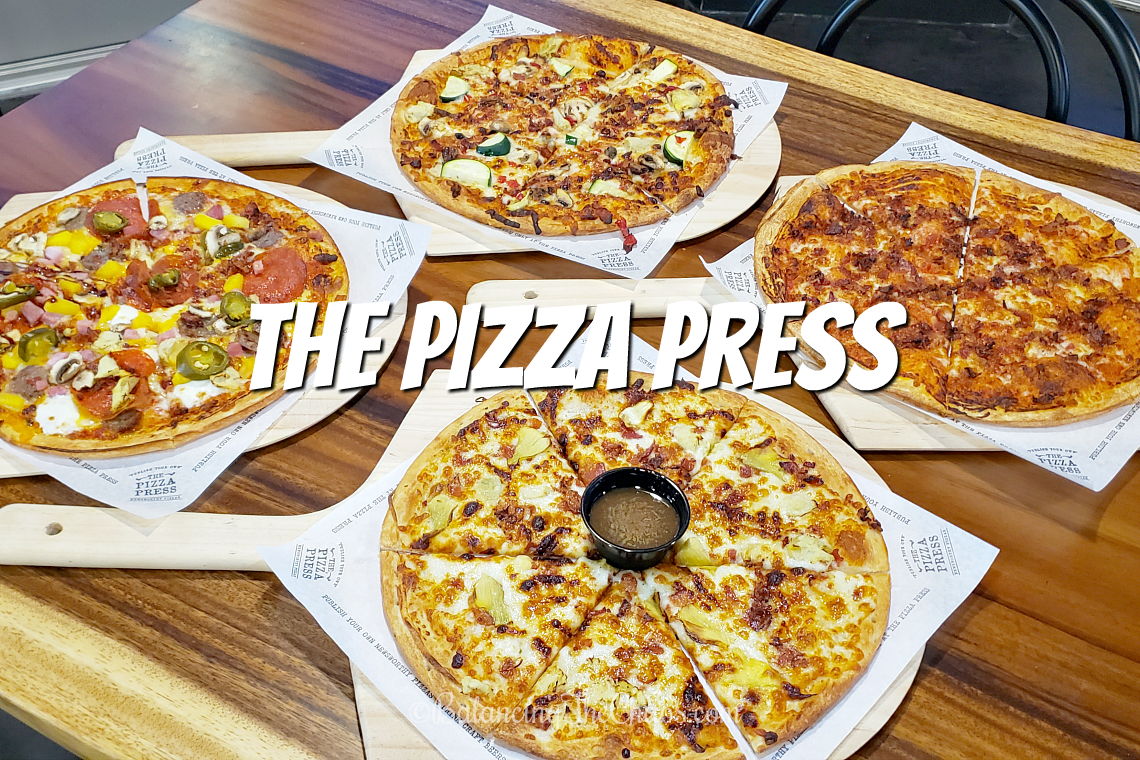 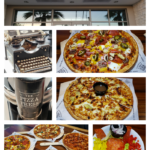 In honor of National Pie Day, I had to share the newest pizzeria now open on the Balboa Peninsula in Newport Beach – The Pizza Press, known for its fresh, high quality ingredients, assortment of local craft beer on tap, and a fun 1920’s Americana newspaper theme. Stop in today for their PIE special: buy one pizza, get the second pizza for just $3.14, and select craft beer are also available for $3.14, at all Pizza Press locations!

Loving their “newspaper theme”, The Pizza Press invites guests to create or “publish” their own pizza by choosing from an extensive selection of fresh, high quality toppings, cheese and sauces. Last night we had the opportunity to stop in and get a little creative with one of their pizza creators.

In addition to customizing a pizza which is “hot off the press” in under four minutes, guests can choose signature pizzas named after major American newspapers including:

We each crafted our pies to our specific tastes. My daughter went with an Alfredo sauce and added cheese, smoked Gouda and artichoke, while I decided on a mix of the Alfredo and marinara sauce and topped it with bacon and a mixture of vegetables. My husband and son, both selected the red sauce, one just adding pepperoni while the other added sausage and a handful of veggies as well. One thing we all noticed, was how good the crust was. With just the right amount of crunch, the crust was very flavorful – in fact, we all devoured the entire slice. Typically we leave the end of the crust behind.

The Pizza Press also has a carefully curated assortment of local craft beer on tap is also newsworthy. The restaurants also have two varietals of wine, as well as Stumptown Cold Brew Coffee and Virgil’s sodas.

The Pizza Press also offers traditional wings served with buffalo, BBQ, or mango habanero sauce (ahhh mazing), a selection of custom or grab-and-go salads, and tempting desserts such as fresh-baked cookies, custom ice cream sandwiches and root beer floats with Virgil’s Root Beer and vanilla bean ice cream. If you’re over 21, consider adding ice cream to any of the darker beers, like a stout – a beer float.

The Pizza Press is open 11am to 11pm daily, and is located at 2300 Newport Blvd., Suite 104, in The Vue, a new waterfront residential, shopping and dining village on the Balboa Peninsula in Newport Beach. Street parking is available, as well as two-hour validation when parking at The Vue. For more information, please call 949.524.3096 or visit www.ThePizzaPress.com.

Scroll back to top
8shares