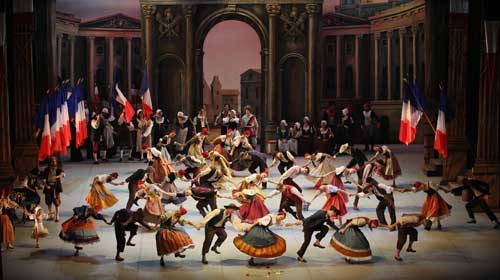 As a dance mom, I’ve really enjoyed watching my little budding ballerina learn her technique and improve week to week. However, I haven’t had the opportunity to take her to her first official ballet until now. Mikhailovsky Ballet: The Flames of Paris will be at Segerstrom Hall November 28 – 30, 2014. 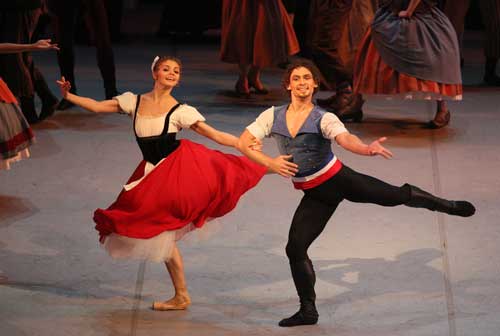 When this new production premiered in St. Petersburg, London’s Financial Times said, “The drums of revolution beat out once more in St. Petersburg with Mikhail Messerer’s pitch-perfect restoration of Vasily Vainonen’s 1932 The Flames of Paris for the Mikhailovsky Ballet.” 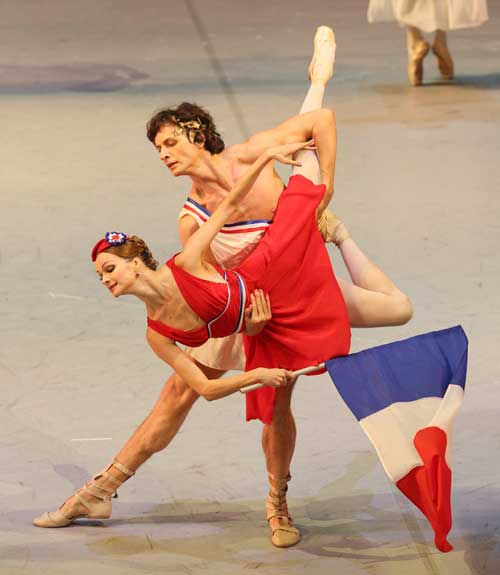 The Mikhailovsky Ballet
The Mikhailovsky Ballet is a thriving company that combines classical traditions with a modern look and does not shy away from creative experiments. It was established in 1833 by decree of Tsar Nicholas I. Before the 1917 Revolution, the Mikhailovsky did not have its own resident company. Performances were given either by a French company, hired by the Russian Imperial Theatres, or at the end of the century by the Mariinsky Theatre and Alexandrinsky Theatre companies.