For the first time at the HONDA CENTER, select children were invited for a once in a lifetime opportunity to paint with one of Ringling Bros  elephants on the arena floor on Wednesday, July 31st.  So excited that we were of the few selected to paint with the elephants. 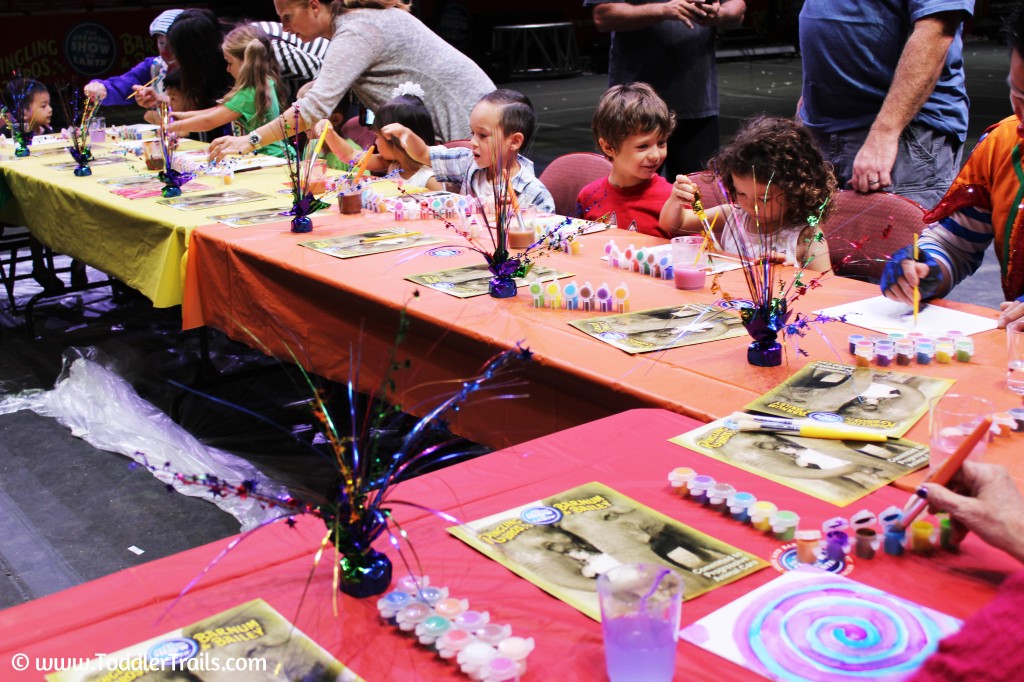 Paint, a canvas and brushes were handed out to the kids so they could create their own elephant inspired masterpiece with a live pachyderm in front of them.

Handsome Boy appeared to be really inspired as he was able to complete two paintings of the elephants!

My darling princess was more of an abstract artist focusing on color.  Her second piece was a beautiful rose. 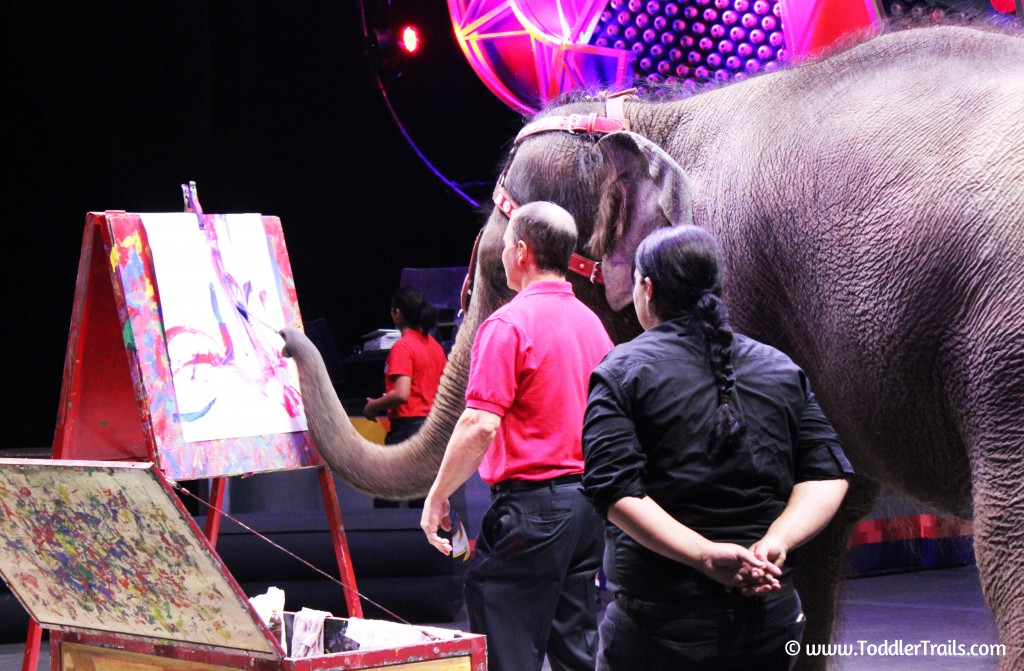 We also got a chance to watch Mabel, a beautiful Asian elephant paint her own master piece.  The kids were fascinated that the giant pachyderm  hold a paintbrush with his trunk.  It was so great, she seemed really eager to get started on her canvas.

For added fun, clowns were on hand for pictures and all kinds of silly fun! They even sat down with the blogger kiddos and painted a few canvases themselves. 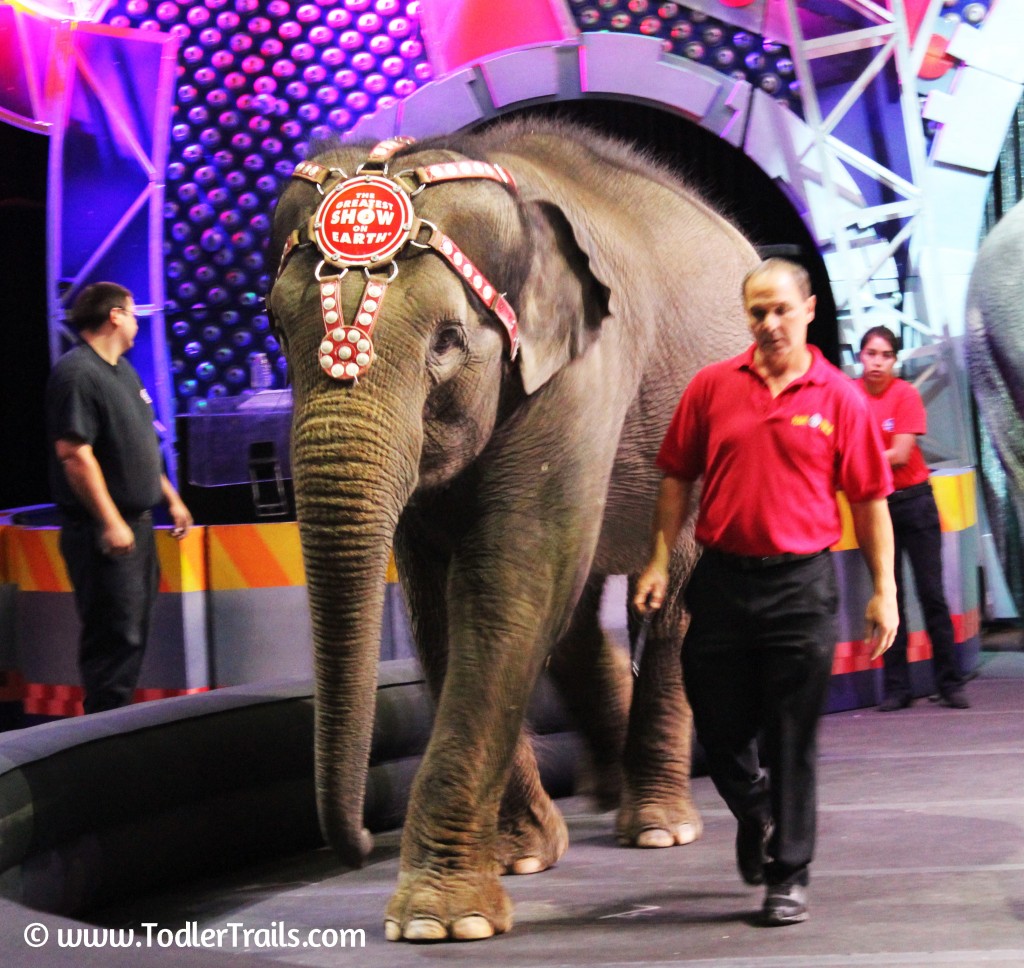 Check out beautiful Mabel and her handler.

Here are some interesting facts about elephants performing in the circus provided by Ringling Bros:

Ringling Bros Barnum And Bailey will run now through August 4th 2013 at the Honda Center in Anaheim.  For more information about Ringling Bros, the elephants or tickets, visit their website: Ringling Bros; Facebook or Twitter.

Thanks to Feld Entertainment and Ringling Bros for a fantastic morning!

1 thought on “Painting With A Pachyderm at Ringling Bros. Built To Amaze | @RinglingBros”