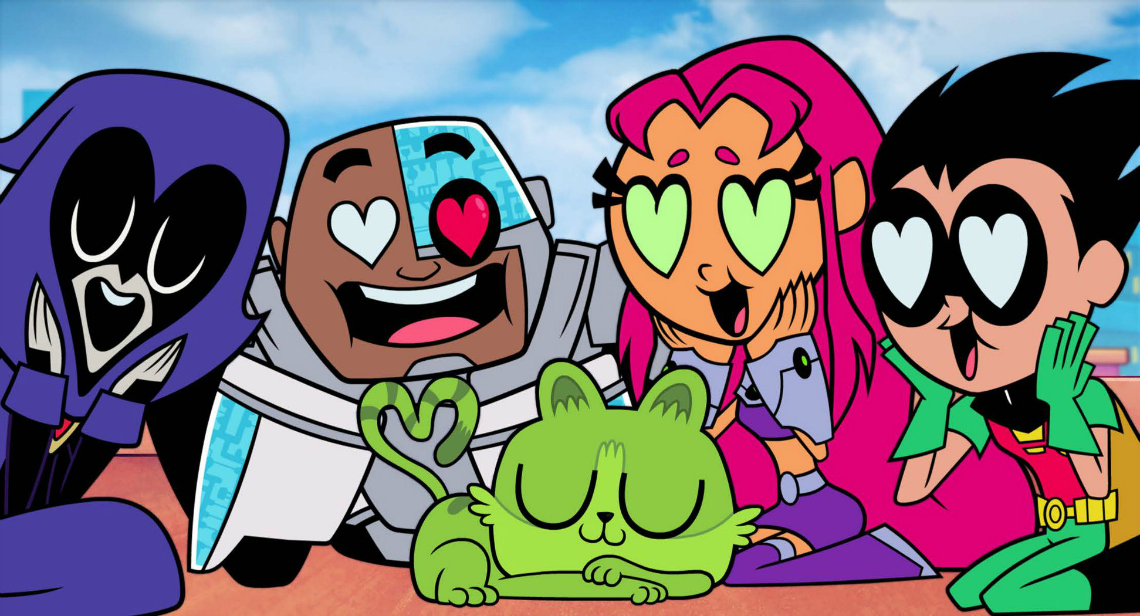 We are excited to team up with Teen Titans Go with our latest giveaway: “Teen Titans GO! to the Movies”. The first-ever big-screen version of DC Entertainment and Cartoon Network’s animated TV show is currently available on Blu-Ray™ Combo Pack, DVD and Digital from Warner Bros. Home Entertainment.

Now on the “Big Screen”, the Teen Titans make a perfect stocking stuffer for the upcoming holiday season in Teen Titans GO! to the Movies” where our favorite egocentric, wildly satirical superheroes debut in their first feature film extravaganza—a fresh, gleefully clever, kid-appropriately crass and tongue-in-cheek play on the superhero genre, complete with musical numbers. 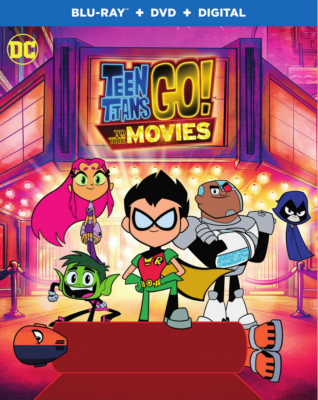 It seems like all the superheroes are getting their own movies – everyone but the Teen Titans, that is! Determined to be a star, Robin vows to change this. If only they could get Hollywood director Jade Wilson (Kristen Bell) to notice them! With a few madcap ideas and musical numbers (of course), the Teen Titans head to Tinsel Town. But when Supervillain Slade (Will Arnett) messes with their plans, the Teen Titans will have to become true superheroes to save the world!

“Teen Titans Go! To the Movies”

will be available on Blu-ray Combo Pack for $35.99 and DVD for $28.98, or check it out on Amazon(affiliate)! The Blu-ray Combo Pack features a Blu-ray disc with the film and special features in high definition, a DVD with the film in standard definition and a Digital version of the movie. Blu-ray special features are filled with music and fun, including the “DC Super Hero Girls: The Late Batsby” mini-movie, sing-a-longs, a hilarious look at the Teen Titans characters dubbing their favorite lines in other languages in “Teen Titans GO!: Translated” plus much more!

“Teen Titans GO! to the Movies” will also be available on Movies Anywhere. Using the free Movies Anywhere app and website, consumers can access all their eligible movies by connecting their Movies Anywhere account with their participating digital retailer accounts.

Giveaway ends November 18th, 2018 at 11:59 PM PST. Open to US Residents 18 and older only. Tickets will be mailed directly to the winner’s home (or mailing) address. Winner will be selected at random and be notified by email. Winners have 48 hours to respond before a new winner is selected. Not liable for unclaimed prizes or fulfillment. Blog has represented each sponsor with the expectation they will fulfill their prize and in a timely manner. No purchase necessary to enter or win; however you must enter for a chance to win. Purchase does not increase chance of winning. Chances of winning depend on number of entries. My opinions are my own and were not influenced by any form of compensation. Facebook, Twitter or any other social media platform are in no way associated with this giveaway. By providing your information in this form, you are providing your information to this blog. I do not share or sell information and will use any information only for the purpose of contacting the winner. Winners can only win once per month. Not liable for unclaimed prizes or fulfillment.

1 thought on “WIN THIS: Teen Titans Go To the Movies”