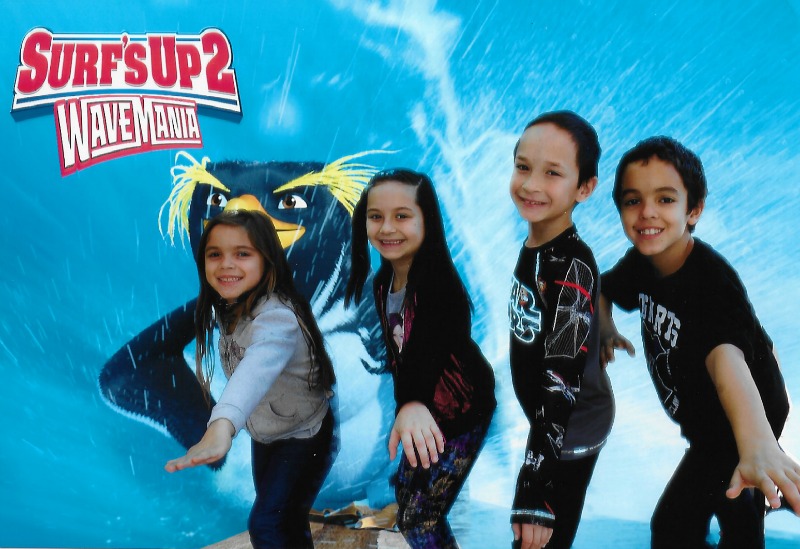 In celebration of the release of SURF’S UP 2: WAVEMANIA on DVD, the kids and I were excited to visit resident penguins at the Aquarium of the Pacific and get a special animation tutorial from the movie’s director himself, Henry Yu!

The kids and I were excited to visit the Aquarium of the Pacific since we haven’t been there since my son’s class field trip. Once we were checked inside, we were immediately escorted to one of the Aquarium’s class rooms where Surf’s Up 2: Wavemania director, Henry Yu was getting ready to show his mad drawing skills. Many of us grabbed a sheet of paper and colored pencils and followed along as Henry guided us through the sketches of J.C (John Cena), and several of Surfs Up 2 characters. 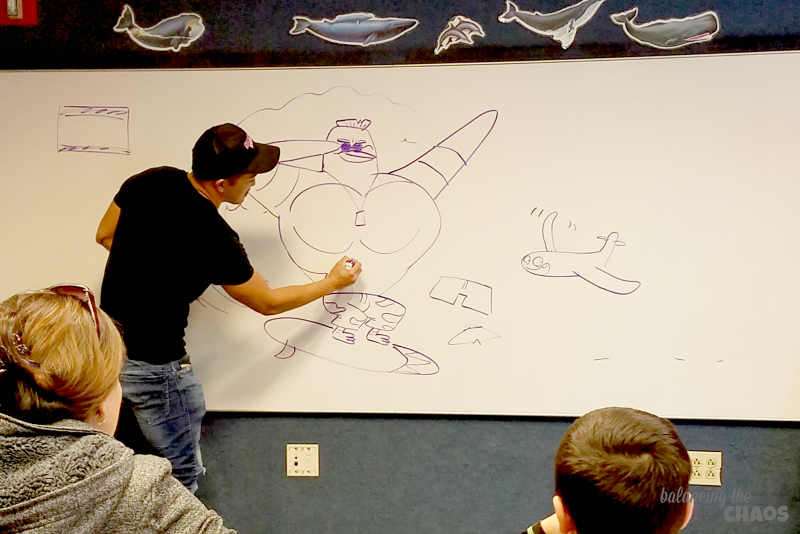 Once we finished our hands at artistry, we were on our way to visit the penguins and learn more about the different breeds. Did you know that approximately 75% of penguins are actually extinct or going extinct. Such a fascinating statistic. Right now, The Aquarium of the pacific currently has 20 penguins in residence. There are 18 adult penguins of various breeds and 2 offspring. If you get the chance, be sure to check them out and listen to their handlers’ stories of the finicky eaters who like their fish fed to them certain ways on certain days. 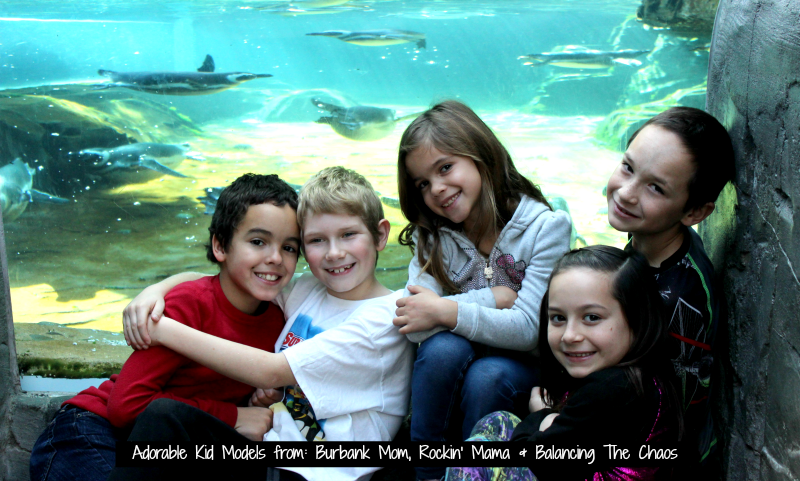 We then made our way to the Aquarium of the Pacific’s theater where we were invited to a screening of Surf’s Up 2: Wave Mania before it was available on DVD today. The Director, Henry Yu and Jeremy Shada, the voice of Cody Maverick were on hand to kick off the screening with media and guests of the Aquarium.

We enjoyed diving into the sequel to the Academy Award® nominated Surf’s Up (2007, Best Animated Feature), as we followed surfer penguin Cody Maverick, who dreamed of a new challenge in life. His ultimate fantasy was to surf with the infamous big wave riding crew known as The Hang 5, voiced by WWE Superstars John Cena®, Undertaker®, Triple H®, Paige™ and Mr. McMahon®. Eventually, Cody meets them and convinces them to let him join them on their journey to a mysterious surf spot known as The Trenches, where legend has it, they’ll find the biggest waves in the world. Cody soon discovers that the life he left behind might be more heroic than what any death-defying wave has to offer. We certainly enjoyed the familiar scenes, comedy and one liners as well as the overall theme of friendship and sticking together. Catch Surf’s Up 2: Wavemania now and ride the wave home on DVD.

ABOUT SONY PICTURES ANIMATION:
Sony Pictures Animation produces a variety of animated and family entertainment for audiences around the world.  The studio is following its worldwide comedy hits—the record-breaking monster comedies Hotel Transylvania and Hotel Transylvania 2, the hybrid live action/animated blockbusters The Smurfs and The Smurfs 2, and the mouth-watering Cloudy with a Chance of Meatballs movies—with the fully animated reboot Smurfs: The Lost Village in April 2017; a surprising and comic take at the secret world inside our phones with EmojiMovie: Express Yourself in August 2017; the inspirational The Star in November 2017; Hotel Transylvania 3 in September 2018; and an animated Spider-Man feature from the minds of directors Chris Miller and Phil Lord in December 2018.  The studio, in conjunction with Aardman Animations, has produced two critically acclaimed feature films:  the CG-animated family comedy Arthur Christmas; and the Academy Award® nominated stop-frame animated high-seas adventure, The Pirates! Band of Misfits.  In 2007, Surf’s Up also received an Academy Award® nomination for Best Animated Feature Film; a sequel entitled Surf’s Up 2: WaveMania will be available on home entertainment in January 2017.  The division, whose first feature film Open Season led to a very successful movie franchise including the brand new Open Season: Scared Silly now available on digital, DVD and Blu-ray, was founded in 2002.  Sony Pictures Animation is a division of the Sony Pictures Motion Pictures Group.

Scroll back to top
8shares