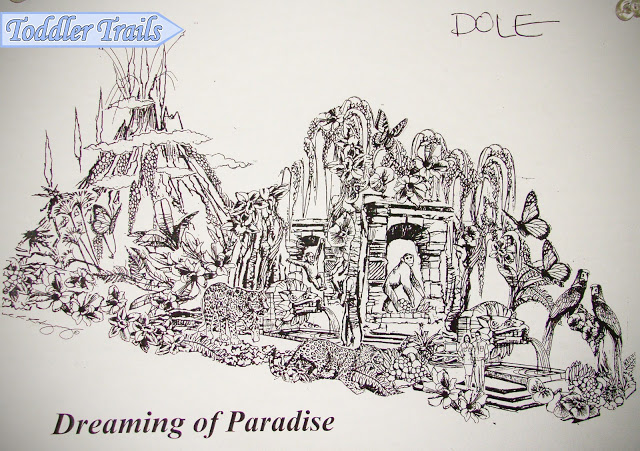 Over the weekend I was excited to venture to Irwindale with some fellow bloggers to Dole’s Family Day, celebrating their float for the 2013 Tournament of Roses Parade.  As a fan of the Rose Parade, being able to check out the floats, before the flowers were in place was really special for me. 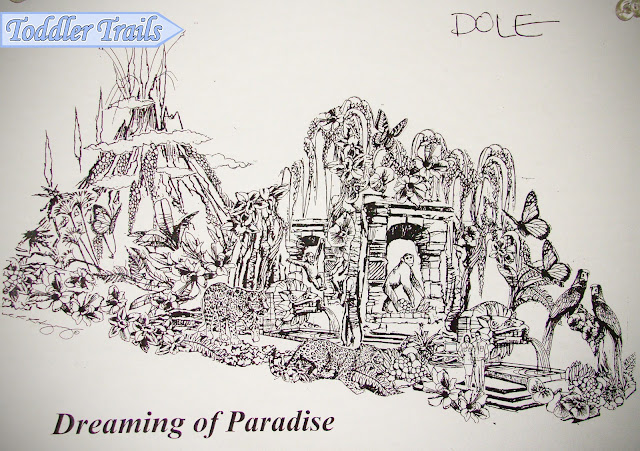 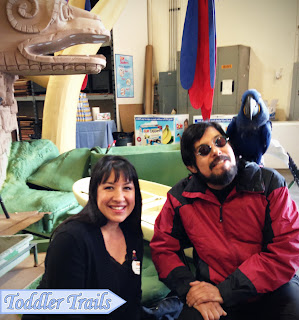 So here is how it starts – an idea and a sketch.   The DOLE “Dreaming of Paradise” float was designed and created by Fiesta Parade Floats, which has built 19 consecutive Sweepstakes Trophy Winners in the Rose Parade—including DOLE’S 2011 entry, “Living Well in Paradise” and last year’s entry “Preserving Paradise.”  I was giddy at the opportunity to meet Raul Rodriguez, the designer and owner of Fiesta Floats and his parrot, Sebastian.

Some of the specifics of the float:
This beautiful float, with the theme “Dreaming of Paradise” is 55 feet long, 18 feet wide and stands over 26 feet tall; weighing more than 22 tons (the weight of 10 elephants).  A highly sophisticated computerize hydraulic system has been used to achieve the realistic movements on the tigers and butterflies.  The computer program is designed to keep the movement of the tigers synchronized with the eruption of the volcano.   There are three waterfalls feature over 1,000 gallons of cascading recycled water as well as a misting system add to the tropical mood.  Throughout the float there are fresh and healthy fruits, including bananas, pineapples, mangoes, papayas, peaches, strawberries and blueberries that were grown by DOLE just for this use on the float.   Traditional Costa Rican folk music is played with performers dancing at street level on both sides of the float. 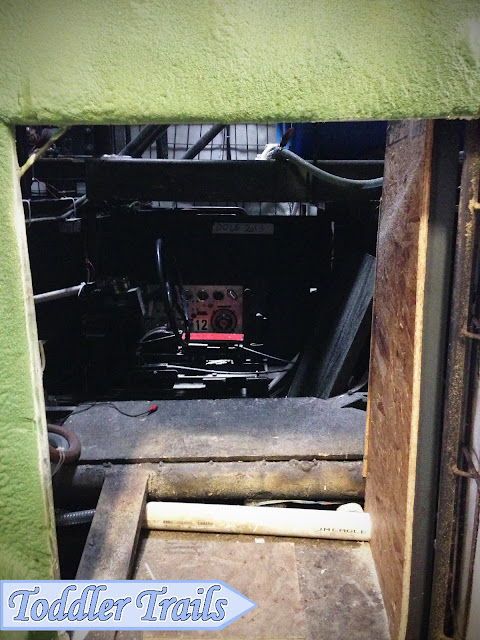 Take A look at the inside of the volcano.  One person will be sitting in the seat show above, driving the back half of the float.  He will have a headset, linking him to the driver in the front – who will have visual of what is ahead – looking through the waterfall.  Looks there is a third person on board seated just in front of the rear driver, who will control the hydraulics and computer effects.
As part of the Dole Family Day that we participated in, we also got a chance to meet the 2013 Rose Queen and Her Court.  Think my bloggy buddies and qualify as rose princess’?
I have always been a fan of Dole.  One of my Great Uncles worked for their pineapple plant in Hawaii when I was a kid. I recall coming home from a visiting them in Hawaii with at least one case of pineapples.  At this event, I learned more about DOLE.  They work with thousands of independent family farmers from around the world.  The “Dreaming of Paradise” float pays tribute to the beauty and bounty of the tropical paradise of Latin America.  It also reminds us that with responsible, sustainable growing and operating practices we can keep the dream of paradise alive.
At DOLE, healthy living includes not only eating well and exercising, but treating people, resources, environment and community as their most precious assets.  That’s why it is their mission to provide great tasting, all natural, healthy fruit and vegetables, as well as make the world a better place to live both today and in the future. 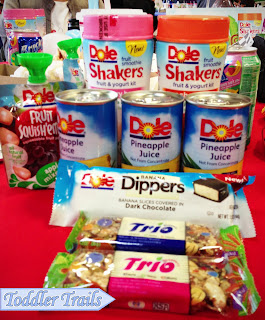 We got to try out a couple of new products that are great for the whole family!  The new frozen DOLE Peach Mango Smoothie Shaker is a paradise is perfect for home or on the go as you never need a blender again.  You can create a perfect frozen smoothie with real yogurt and fruit by shaking DOLE Peach Mango Smoothie Shaker with juice for 30 seconds!
Another treat that your kids will think is a little bit of snacking paradise is the new Squish’ems! squeezable fruit snack.  The one I was looking at was apple sauce mixed with strawberries.  If my kids were there, they would have loved them. Squish’ems! is real fruit sauce in a great squeezable pouch with a fun resealable cap. No need for a spoon, just pop the cap, squeeze and enjoy! 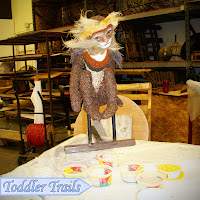 There were a couple of stations set up where we could decorate a few pieces that will be on the float. This monkey had amazing detail.  There was one monkey that was already decorated where several birds had taken a liking too – picking at the tail because it was covered in seeds. 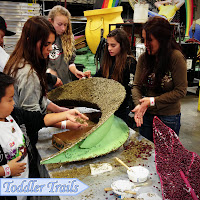 I am really excited about going back to see the floats next week.  Yes, I have the opportunity to volunteer and help attach flowers to the float.  I am also bringing my mom and mother in law – I think it’s a dream for all of us.  So more about that later.

Remember to either tune in on Tuesday the 1st or travel to Pasadena to see these spectacular floats live! 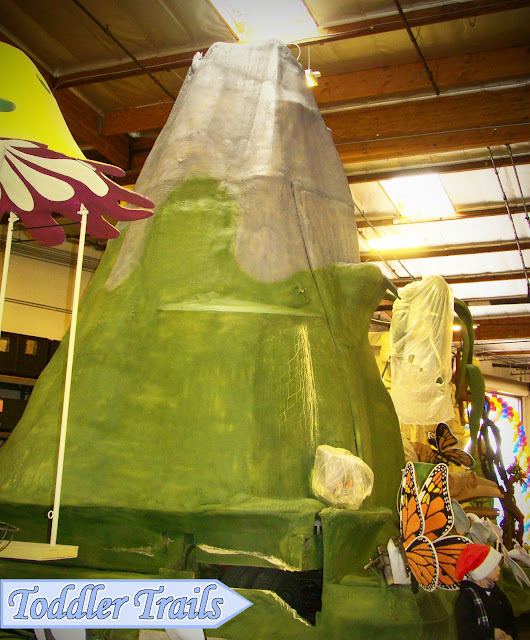 *Thank you so much Dole, for putting on a great event and giving me the opportunity to see your beautiful float up close and personal! *

4 thoughts on “Dreaming of Paradise”