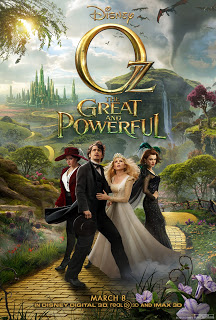 Are you a fan of Disney Movies like I am?  Check out the upcoming 2013 release schedule: 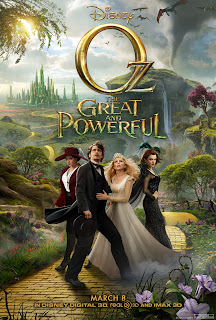 Title: Oz The Great and Powerful
Release Date: March 8, 2013
Starring: James Franco, Mila Kunis, Rachel Weisz, Michelle Williams
Rated: TBD
When Oscar Diggs (James Franco), a small-time circus magician with dubious ethics, is hurled away from dusty Kansas to the vibrant Land of Oz, he thinks he’s hit the jackpot—fame and fortune are his for the taking—that is until he meets three witches, Theodora (Mila Kunis), Evanora (Rachel Weisz) and Glinda (Michelle Williams), who are not convinced he is the great wizard everyone’s been expecting. Reluctantly drawn into the epic problems facing the Land of Oz and its inhabitants, Oscar must find out who is good and who is evil before it is too late. 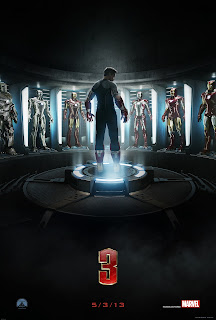 Title: Ironman 3
Release Date: May 3, 2013
Starring: Robert Downey Jr., Gwyneth Paltrow, Don Cheadle,  Jon Favreau
Rated: TBD
Based on the ever-popular Marvel comic book series, first published in 1963, “Iron Man 3” returns Robert Downey Jr. (“Iron Man,” “Marvel’s The Avengers”) as the iconic Super Hero.  Marvel’s “Iron Man 3” pits brash-but-brilliant industrialist Tony Stark/Iron Man against an enemy whose reach knows no bounds. When Stark finds his personal world destroyed at his enemy’s hands, he embarks on a harrowing quest to find those responsible. This journey, at every turn, will test his mettle. With his back against the wall, Stark is left to survive by his own devices, relying on his ingenuity and instincts to protect those closest to him. As he fights his way back, Stark discovers the answer to the question that has secretly haunted him: does the man make the suit or does the suit make the man? 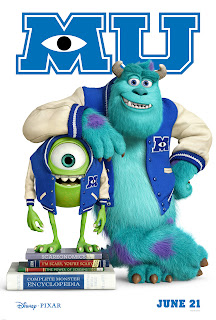 Mike Wazowski and James P. Sullivan are an inseparable pair, but that wasn’t
always the case. From the moment these two mismatched monsters met they
couldn’t stand each other. “Monsters University” unlocks the door to how Mike and Sulley overcame their differences and became the best of friends. 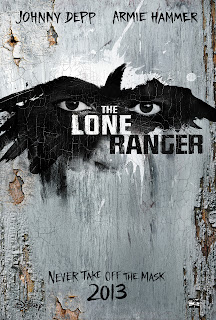 From producer Jerry Bruckheimer and director Gore Verbinski, the filmmaking team behind the blockbuster “Pirates of the Caribbean” franchise, comes Disney/Jerry Bruckheimer Films’ “The Lone Ranger,” a thrilling adventure infused with
action and humor, in which the famed masked hero is brought to live through new eyes.  Native American spirit warrior Tonto (Johnny Depp) recounts the untold tales that transformed John Reid (Armie Hammer), a man of the law, into a legend of justice – taking the audience on a runaway train of epic surprises  and humorous friction as the two unlikely heroes must learn to work together and fight against greed and corruption. 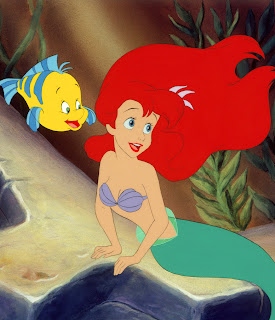 Benson), a fun-loving and mischievous mermaid, who is enchanted with all

things human. Disregarding her father’s order to stay away from the world above the sea, she swims to the surface and, in a raging storm, rescues the prince of her dreams. Determined to be human, Ariel strikes a bargain with the devious seawitch Ursula (voice of Pat Carroll), trading her fins and beautiful voice for legs. With her best friend Flounder (voice of Jason Marin), misguided seagull Scuttle (voice of Buddy Hackett) and the calypso-singing Caribbean crab chaperone Sebastian (voice of Samuel E. Wright) at her side, Ariel must win the prince’s love and save her father’s kingdom – all in a heart-pounding race against time. “The Little Mermaid” returns to the big screen on September 13, 2013, and will be presented in Disney Digital 3D™ in select theaters 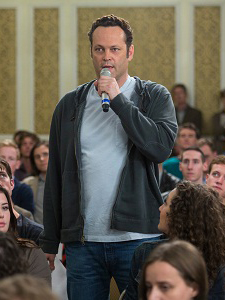 Title: Delivery Man
Release Date: October 4, 2013
Starring: Vince Vaughn, Chris Pratt, Cobie Smulders
Rated: TBD
From DreamWorks Pictures comes “Delivery Man”, the story of affable underachiever David Wozniak, whose mundane life is turned upside down when he finds out he fathered 533 children through sperm donations he made twenty years earlier. In debt to the mob, rejected by his pregnant girlfriend, things couldn’t look worse when he is hit with a lawsuit from 142 of the 533 twenty-somethings who want to know the identity of the donor. As David struggles to decide whether or not he should revel his true identity, he embarks on a journey that leads him to discover not only his true self, but the father he could become as well.

Chris Hemsworth, Natalie Portman, Tom Hiddleston,
Stellan Skarsgård, Idris Elba, Christopher Eccleston,
Adewale Akinnuoye-Agbaje, Kat Dennings, Ray
Stevenson, Zachary Levi, Tadanobu Asano, Jaimie
Alexander with Rene Russo and Anthony Hopkins as
Odin
Rated: TBDIn the aftermath of Marvel’s “Thor” and “Marvel’s The Avengers,” Thor fights to restore order across the cosmos…but an ancient race led by the vengeful Malekith returns to plunge the universe back into darkness. Faced with an enemy that even Odin and Asgard cannot withstand, Thor must embark on his most perilous and personal journey yet, one that will reunite him with JaneFoster and force him to sacrifice everything to save us all. 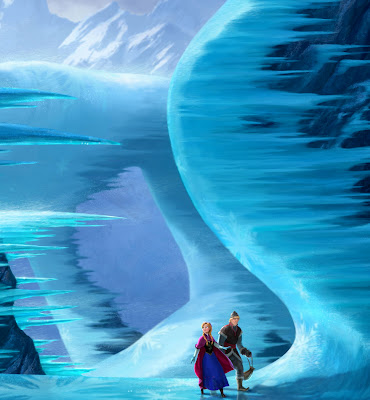 Title: Frozen
Release Date: November 27, 2013
Voice Talent:  Kristen Bell, Idina Menzel, Jonathan Groff
Rated: TBD
From the studio behind 2010’s “Tangled” and this year’s “Wreck-It Ralph,” Walt Disney Animation Studios presents “Frozen,” the most daring comedy-adventure ever to hit the big screen.  When a prophecy traps a kingdom in eternal winter, Anna (voice of Kristen Bell), a fearless optimist, teams up with extreme mountain man Kristoff (voice of Jonathan Groff) and his sidkick reindeer Sven on an epic journey to find Anna’s sister Elsa (voice of Idina Menzel), The Snow Queen, and pur an end to her icy spell. Encountering mystical trolls and an amazing and comedic snowman named Olaf, Everest-like conditions and magic at every turn, Anna and Kristoff battle the elements in a race to save the kingdom from destruction.

When Walt Disney’s daughters begged him to make a movie of their favorite book, P.L. Travers’ “Mary Poppins,” he made them a promise—one that he didn’t realize
would take 20 years to keep. In his quest to obtain the rights, Walt comes up against a curmudgeonly, uncompromising writer who has absolutely no intention of
letting her beloved magical nanny get mauled by the Hollywood machine. But, as the books stop selling and money grows short, Travers reluctantly agrees to go
to Los Angeles to hear Disney’s plans for the adaptation.
For those two short weeks in 1961, Walt Disney pulls out all the stops. Armed with imaginative storyboards and chirpy songs from the talented Sherman brothers,
Walt launches an all-out onslaught on P.L. Travers, but the prickly author doesn’t budge. He soon begins to watch helplessly as Travers becomes increasingly
immovable and the rights begin to move further away from his grasp.
It is only when he reaches into his own childhood that Walt discovers the truth about the ghosts that haunt her, and together they set Mary Poppins free to
ultimately make one of the most endearing films in cinematic history.

Don’t forget to mark your calendar now for these releases!  Which one is the one you’re eager to see? For me, I think my first up is the all time classic and my favorite “The Little Mermaid” in 3D!